How to Release Your Fears Through Quantum Energy Healing 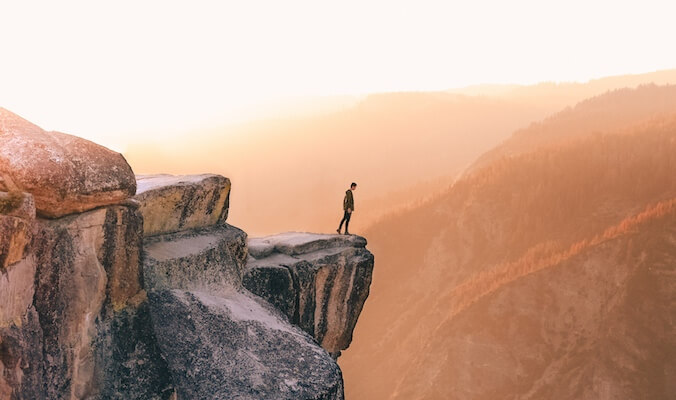 Last summer, I visited my aunt and uncle in their villa in the south of Spain. Nestled up in the mountains surrounded by stillness, their house has long been a haven to me. 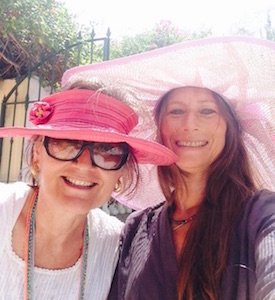 As I was there, in surrender mode i.e. without thinking further, I sent a message to an old acquaintance telling her that I would love to see her the following day.

I arrived at Sabine’s place feeling nervous, not really knowing exactly why I had messaged her. It didn’t make sense, but there I was and I heard myself tell her, “I’m here but I don’t really know why”. Sabine laughed and so did I, and any ice between us was immediately melted. We both accepted the encounter, trusting that this was exactly where the universe wanted us to be right now.

Sabine and I had a wonderful time catching up with each other. We had both moved on from our previous lives, and Sabine mentioned that she had recently trained as a Quantum Energy Coach (QEC).

When she told me about the transformational experiences that her clients were having, it was as if something clicked in me.

I knew that this was exactly what I needed to overcome what seemed to be some deeply rooted emotional negativity erupting in me. Maybe Sabine could help me make a change?

I soon found myself sitting in a room amidst eastern ornaments. Soothing music was playing, and the energy was so peaceful it was truly palpable. Sabine was guiding me into my own heart, and once there the very core of my fears erupted to the surface.

I was afraid, and I was trembling. My heart hurt, and I understood that this fear, the most deep-rooted of all, was the Fear of Death. It engulfed me with its dark nothingness. Suffocating and terrifying me it made me freeze and tremble. But then I felt myself stop shirking away. Instead, I stared the fear in the face. This, in turn, relaxed me and brought a sense of relief. It was as if a heavy weight was being lifted off my shoulders – a weight carried for a long time, since childhood, or even before…

During this, my first Quantum Energy Healing Session, I faced my fear of death and was guided beyond it by Sabine. Applying her empathy and skill as an experienced therapist, she used dialogue to help create clarity on the essence of my fear.

She asked me if I was ready for the next step, and I said yes. “If you had a magic wand, how would you like to feel?” was her next question.

“I want to be free from darkness,” I heard myself say. “I feel it overshadows my life and drags me into pain and suffering. Last year, a physical illness popped up as if to prove it.” I didn’t tell her that there had been days when I couldn’t even get out of bed, but I think she sensed it.

Working on the Subconscious

Just being able to confront my fears, to articulate them and be heard, not judged, felt good, but the magic was yet to begin.

“We are now entering into your subconscious,” Sabine told me, “to change your beliefs at the root.”

I was fascinated. I had done so much soul searching, and yes, I had made considerable progress, but there was still a lot of darkness and emotional pain, and it seemed so strange that we might be on our way to deal with that.

Next, Sabine asked me to place my hands on my heart and connect to my heart by taking six long in- and out-breaths. I was invited to connect with a feeling of gratitude, and it came easily. At the same time I was instructed to get into a certain position with my hands and legs, which would help reprogram my nervous system, Sabine explained.

In dialogue we repeated positive statements, programming those into my subconscious. A further position with my hands aided the belief change process. We finished by checking whether these new statements had reached my subconscious through Kinesiology, an analogue muscle testing technique. I was suspicious, and wanted to prove the work insufficient (fluffy!) by testing negative, but I couldn’t. The subconscious had taken over. During the next few days I noticed how my energy was shifting, releasing stored emotions. P.S. Don’t think that you need to start your Quantum Energy Healing journey with the heaviest of topics. I was ready to do so given all the previous work I did on myself. QEC addresses any belief changes you want to work on.

What Quantum Energy Coaching (QEC) is – in short

Quantum Energy Coaching (QEC) is credited to Dr. Melanie Salomon, a former medical doctor and general practitioner in England. A simple and effective coaching tool, QEC aims to change self-limiting beliefs at the subconscious level, thus freeing us to deeply align with our conscious goals.

Positive, affirming beliefs are installed into the subconscious mind, to replace old and limiting ones, immediately and permanently. The process can be likened to installing new software on a computer. Change springs from clarity and is achieved through the reprogramming, from the inside out. The process is easy and effortless. 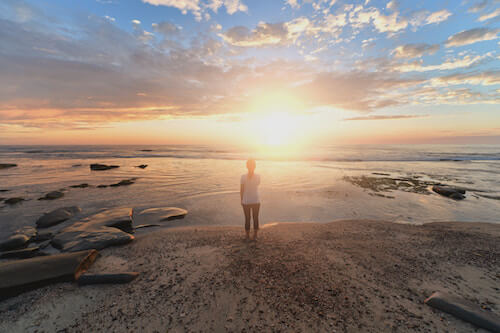 Talking about surrender, I surrendered, trained as a Quantum Energy Healing Practitioner and are now working with clients in London, Marbella and online. My mission is to inspire and guide others who feel there’s more to life than what they have so far experienced, or think is possible. We all seek health, happiness and fulfillment. Each of us has the power to heal and transform, especially by changing deeply rooted beliefs. We possess unlimited capabilities.

I am deeply grateful to Sabine and her presence, allowing me to surrender to my fears and to continue my soul path. I release my fears are a pathway to liberation.

Reflecting on the past decade, Claudia learnt a lot about her self and her personal journey; an inspirational journey towards personal growth and transformation. END_OF_DOCUMENT_TOKEN_TO_BE_REPLACED

2020 will be all about transformation. We are transitioning into a new decade and with that we will be able to discover new horizons; if our heart is open. END_OF_DOCUMENT_TOKEN_TO_BE_REPLACED

Instead of falling for the stresses and consumerism we all know from the holiday season, try to take a more mindful approach this year. END_OF_DOCUMENT_TOKEN_TO_BE_REPLACED