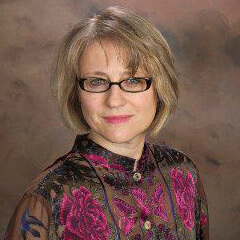 Dr. Erika Helene received her certificate for naturopathic medicine from the public health department in Krefeld, Germany in 1997. She continued her studies at the Maharishi University of Management in Iowa, USA and graduated in 2004 with a PhD in physiology and Ayurvedic medicine. After studying alternative medicine for 11 years, she focused on building a bridge between the various paradigms of the healthcare system, orthodox medicine and Ayurvedic medicine, which she used successfully in her research studies of patients with documented heart diseases at the university hospitals in Iowa, USA. In 2005 she began her medical career in the USA, also gaining her clinical experience there, until she opened her own private Ayurveda practice in Bad Neuenahr in July 2013. Since 2015 she has also been a member of the team of Ayurvedic practitioners at the Ayurveda Parkschlösschen.

» The Importance of Touch

Being able to pause and to look inwards will eventually help transcending the mind chatter to bring forth deep personal transformation. END_OF_DOCUMENT_TOKEN_TO_BE_REPLACED

Our minds chatter can be quite tricky and has a tendency to guide us into the wrong direction. How can we learn to not take it too seriously? END_OF_DOCUMENT_TOKEN_TO_BE_REPLACED

What does it mean to live your inner truth and steer through difficult phases? Claudia shows us the way by sharing a deeply personal story. END_OF_DOCUMENT_TOKEN_TO_BE_REPLACED