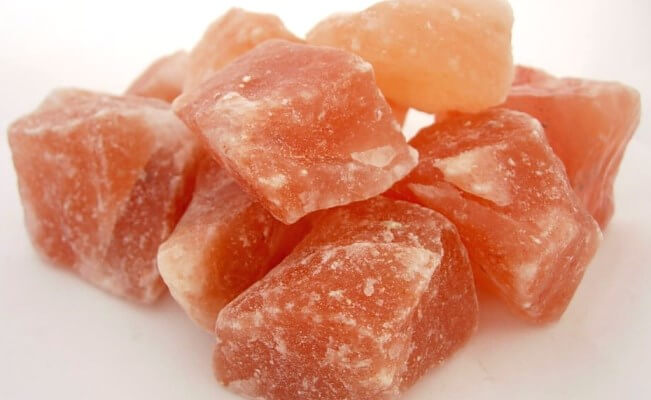 The natural crystal salt was formed millions of years ago in the Himalayan region as a result of the continental drift and the movement of the tectonic plates. The ancient oceans subsequently evaporated, leaving behind the gift of Himalayan crystal salt.

This way the salts had zero exposure to toxins and impurities, and contain all 84 natural minerals and elements vital for human health.

Crystal salts release negative ions, which results in some very powerful benefits for the entire organism.

1) Released negative ions bond with pollutants in the air and neutralize them.

2) It speeds up recovery in burn and asthma patients.

3) They affect serotonin levels in the bloodstream, stabilize alpha rhythms, and positively impact our reactions to sensory stimuli.

4) The greater level of alertness can translate into improved learning, improved well-being, and enhanced human performance of mental tasks.

9) reduce susceptibility to colds and flu, and

To give oneself permission to be ones true self is harder than it sounds. But if you manage to do so, the award in simply beautiful. END_OF_DOCUMENT_TOKEN_TO_BE_REPLACED

Taking a look inwards, right into the heart, allows you to get in touch with your feelings and your true self on your journey of self awakening. END_OF_DOCUMENT_TOKEN_TO_BE_REPLACED

In order to step out of fear, we need to be consciously aware of our own truth and from there we can find a path to a life full of love. END_OF_DOCUMENT_TOKEN_TO_BE_REPLACED