The Healing Power of Tai Chi 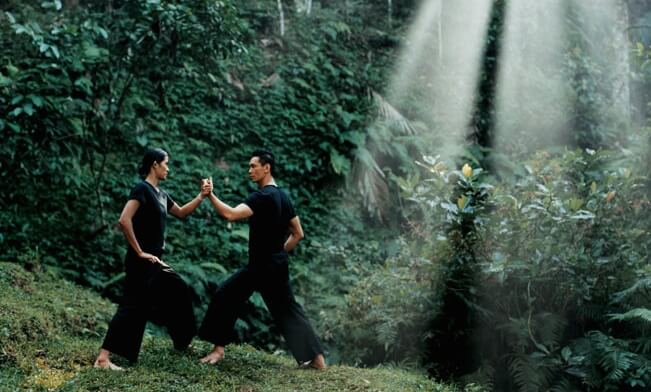 Walking in any of the parks in Shanghai or other Chinese metropolitan cities, you will see the same scenario: people of all ages performing the sacred act of Tai Chi.

The workings of Tai Chi

Tai Chi is performed in slow motion, and thus, does not put too much strain on bones and joints.

With proper warming up, the gentle and graceful movements of this ancient Chinese practice address a range of physical health issues, including bone strength, joint stability, heart health, immunity, and flexibility. According to an article published online by the Harvard Medical School, Tai Chi is especially useful for improving balance and preventing falls.

Tai Chi helps to improve overall health because it targets to reconfigure bones, joints, sinews and energy to be able to integrate every part of the body into a unified whole. All the physical components stay right to correctly align the body for the optimum utilization and flow of Qi (energy).

In Traditional Chinese medicine (TCM), Qi generates blood, participates in blood production, and promotes blood circulation. The normal flow of blood depends on the normal flow of Qi; stagnation of Qi leads to stasis of blood. Tai Chi requires that the whole body is moving under the command of Qi. The movement of this practice, though gentle, is especially useful for those who suffer from blood depletion or Qi depletion.

Further, traditional Tai Chi integrates breathing with movement, helping one to take in more oxygen and get rid of tension. For example, when inhaling, the mind and spirit (xin 心 & shen神) are gathering and concentrating, or as we say in Chinese “He 合” which is often translated as “Closing”. Simultaneously, the central energy and intention (zhong qi中气 & yi意) are expanding and opening, or as they say in Chinese “Kai – 开” which is often translated as “Opening”. When exhaling, the opposite process takes place. The slower the movement, the longer the breath and the more oxygen one can take in.

Interestingly, one of Tai Chi’s biggest benefits to health is not physical but emotional.

Tai Chi provides ways to meditation and deep relaxation while the body is moving. For instance, mind and spirit are gathering and expanding when breathing with movement. Concurrently, this practice asks one not to focus too much on the movement, but on the energy around. By doing so, it leads to deep relaxation and meditation, crucial to calming and relaxing the mind.

One of the wonderful things about Tai Chi is its adaptability to all ages, health conditions and experience.

It is not by any means something that’s only for the elderly, and can be quite demanding for the young. It is also incredibly safe. My Tai Chi master Wang Mingbo began training in Tai Chi Quan in 1993, following an industrial accident; both his ankles were broken after a heavy industrial pipe fell off its stack. The doctors diagnosed that he would probably not walk again.

To help heal the injuries from his accident, Master Wang learned the Wu Style Tai Chi from Master Wang Haoda and Yang Style Tai Chi with Master Dong Bin. Over time, he has worked his way into a standing position and is now a Tai Chi Master in Shanghai.

In order to step out of fear, we need to be consciously aware of our own truth and from there we can find a path to a life full of love. END_OF_DOCUMENT_TOKEN_TO_BE_REPLACED

Being able to pause and to look inwards will eventually help transcending the mind chatter to bring forth deep personal transformation. END_OF_DOCUMENT_TOKEN_TO_BE_REPLACED

Our minds chatter can be quite tricky and has a tendency to guide us into the wrong direction. How can we learn to not take it too seriously? END_OF_DOCUMENT_TOKEN_TO_BE_REPLACED