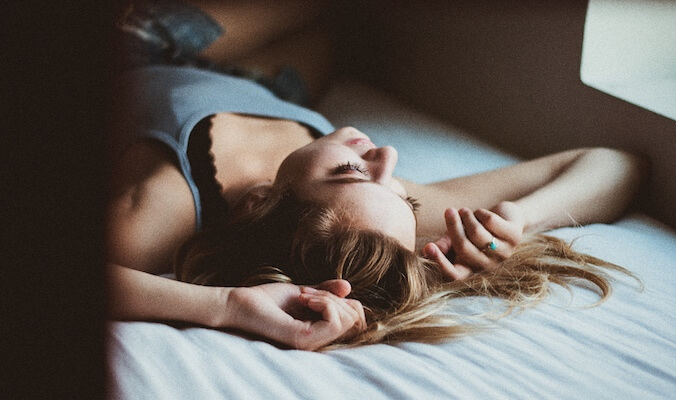 According to the UK National Health Service website, fibromyalgia (FM) is a long-term condition.

As well as widespread pain, people with fibromyalgia may also endure other ailments, including increased sensitivity to pain; fatigue; muscle stiffness; sleep deficiency or difficulty; ‘fibro-fog’ – problems with mental processes, such as memory and concentration; headaches; and even IBS – irritable bowel syndrome that causes stomach pain and bloating.

While extreme fatigue and sleep disturbance plague the majority of sufferers. Other symptoms associated with FM include psychological ailments such as depression and mood changes.

Research shows, for example, that women are seven times more likely than men to develop FM.

The exact cause of fibromyalgia is unknown. However, it’s thought to be related to abnormal levels of certain chemicals in the brain. It changes the way the central nervous system (brain, spinal cord and nerves) processes pain messages carried around the body. It’s also suggested that some people are more likely to develop fibromyalgia because of genes inherited from their parents.

In many cases, the condition appears to be triggered by a physically or emotionally stressful event, such as an injury or infection; giving birth; having an operation; the breakdown of a relationship or mourning.

While some studies have linked non-restorative sleep and anxiety as the main triggers for developing FM, genes are also cited as being responsible. Given the multitude of symptoms associated with FM, the big question is which one dominates or precipitates the other? Plus, could relief come from in-depth analysis of the emotional background and prevailing mind-set of the sufferer?

The interplay between FM and the Emotional State

According to Wikipedia, new research has been found revealing associations between fibromyalgia symptoms and serotonin and noradrenalin levels in the brain. In turn, this suggests that altered stress levels and the regulation thereof could result in fibromyalgia. Psychological variables of anxiety, neuroticism and control were linked to the three key elements of FM. Namely pain, fatigue and sleep.

A client at Santé Wellness Retreat & Spa – and specifically the Santé Health Optimizing clinic – believes that her condition was probably triggered by a traumatic car accident some years ago. During the course of her illness, she has experienced aggravation in symptoms due to emotional upheavals. Another sufferer traced the onset back to a mandatory vaccination and a fierce divorce process. She has investigated her full-blown FM since 2013 and has found that food allergies, stress, PH imbalance and the auto-immune component are all relevant in her case.

Approaches to fibromyalgia treatment should include a focus on the psychological impact of the disease.

Once the emotional state is understood, it is then possible to create capacity for the body to start self-regulating and self-healing. The link between mind and body has to be not only understood but also addressed, irrespective of the chicken and egg debacle. Cognitive-behavioral therapy seems to have been a widely used modality on this front.

In the treatment protocol for fibromyalgia at Santé’s Health Optimizing clinic, various methodologies and technologies are utilized to address causative, underlying and symptomatic factors. Due to the undeniable link between stress, emotions and thought patterns with FM, the treatment protocol is always preceded by Voice Analysis and Mental-Emotional Biofeedback.

Once the “emotional cleansing” has occurred, a series of therapies are then deployed, including electro-magnetic and Nano-pulse generating treatments. A sufferer’s lifestyle is also assessed in terms of required dietary changes and appropriate exercise. For example, an anti-inflammatory and/or anti-histamine diet might be advised combined with mild walking and chlorine-free swimming; or a ‘detox protocol’ may be recommended in the case of heavy metal toxicity.

Neuroscientist, Dr Caroline Leaf says: “Thoughts can cause toxic mind sets that can present itself in illness in body, soul and spirit. Your mind is in control of your body, and your mind is stronger than your body. Mind certainly is over matter.”

Santé believes that one really does create one’s own reality. By adopting mindfulness and corrective, balanced ‘behavior’ in one’s lifestyle and by feeding your body correctly, one is able to bring about truly dynamic and effective wellness and health.

To give oneself permission to be ones true self is harder than it sounds. But if you manage to do so, the award in simply beautiful. END_OF_DOCUMENT_TOKEN_TO_BE_REPLACED

Taking a look inwards, right into the heart, allows you to get in touch with your feelings and your true self on your journey of self awakening. END_OF_DOCUMENT_TOKEN_TO_BE_REPLACED

In order to step out of fear, we need to be consciously aware of our own truth and from there we can find a path to a life full of love. END_OF_DOCUMENT_TOKEN_TO_BE_REPLACED