A Lesson in Humanity 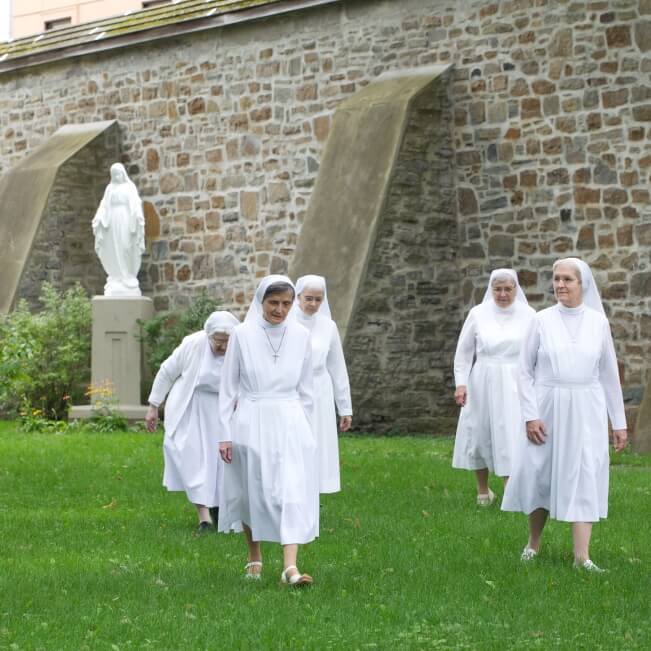 The following is a remarkable story about three brave young women and their extraordinary accomplishments.

After three months at sea, on August 1, 1639, three Augustinian sisters arrived in Quebec, Canada. They founded the first hospital on the continent north of Mexico. At the request of the Duchess of Aiguillon, the sisters Marie Guenet de Saint-Ignace, Marie Forestier de Saint- Bonaventure and Anne Le Cointre de Saint-Bernard, left their monastery in Dieppe, France, to establish a hospital to care for the aboriginal people and the few European settlers in New France. This first hospital in Canada was named L’Hôtel-Dieu de Québec.

The Augustinian Sisters laid the foundations of Quebec’s healthcare system in founding 12 monastery-hospitals. They actively participated as owners and managers of the hospitals as well as nurses and pharmacists. They not only cared for the sick and welcomed immigrants upon arrival, but also took in abandoned children between 1800 and 1850. In doing so, they significantly contributed to the economic development of the regions where they worked with great devotion.

An inspiration for all of us The history of the Augustinian Sisters teaches us a lesson in humanity: behind their cloistered walls, these pioneering women’s values enriched society with compassion for suffering, respect for the individual, and a commitment to the healing powers of science and spirituality.

Today, all of the hospitals founded by the Augustinian Sisters have been integrated into Quebec’s public healthcare system and are still in operation. Six of the adjoining monasteries are still active.

This inspiring act of humanity demonstrates how a selfless act can impact society for the better,  and for oncoming generations.

To give oneself permission to be ones true self is harder than it sounds. But if you manage to do so, the award in simply beautiful. END_OF_DOCUMENT_TOKEN_TO_BE_REPLACED

Taking a look inwards, right into the heart, allows you to get in touch with your feelings and your true self on your journey of self awakening. END_OF_DOCUMENT_TOKEN_TO_BE_REPLACED

In order to step out of fear, we need to be consciously aware of our own truth and from there we can find a path to a life full of love. END_OF_DOCUMENT_TOKEN_TO_BE_REPLACED