How’s This for a Career Philosophy? People First, Money Second! 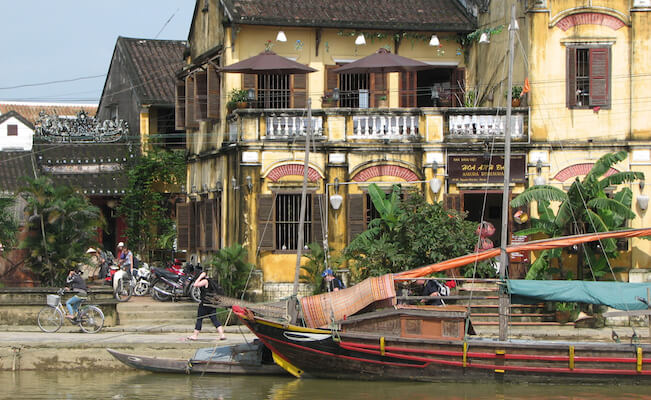 Imagine living in New York. Imagine living in New York as a very successful consultant. Imagine working for world renowned clientele such as the Walt Disney Company or the Sheraton and Le Meridien Hotels, owning restaurants and bringing home a comfortable six figure income. And now imagine throwing it all away in order to start a non-profit organization in a third world country.

Inexplicable? Not to Neal Bermas, who did just that. “Give up your career for a few years and devote yourself to something… it’s not so difficult at a certain point to walk away”, told the American, who has a Ph.D. in policy and management, the WALL STREET JOURNAL a few years ago.

Instead of following today’s business ‘virtues’ of maximizing power and money as well as constantly pushing one’s career, Dr. Bermas stopped for a second and turned his life around – simply to do something good, “because I can”. He went to Vietnam’s UNESCO World Heritage Site Hoi An and brought STREETS International to life in 2009, an 18-month trainee-program that prepares destitute, often orphaned young street kids, for a career in the hospitality sector – either in culinary arts or as a service professional.

STREETS provides its trainees with housing, health care, food, clothing, English lessons as well as computer skills; it offers a hands-on learning platform at the STREETS Restaurant and Café. There the kids apply what they have learnt from their classes in an enchanting colonial-style building. Bermas and his team typically get around 125 applications from all over the country. 25 kids are eventually being handpicked for the program after interviewing every one of them at least once and even traveling to the street, orphanage or village they come from.

Revenue from the restaurant goes back to the program that was awarded membership to Clinton Global Initiative in 2014 – an initiative of the Bill, Hillary, and Chelsea Clinton Foundation that convenes global leaders to forge solutions to the world’s most pressing challenges. An honor by invitation only. Nowadays STREETS is self-sustaining; its initial capitalization costs was about 125.000 to 250.000 US Dollars per year for the first few years. Another STREETS restaurant is now being worked on for Ho Chi Minh City in the south because of the phenomenal success in Hoi An; unexceptional all STREETS-trainees found jobs in nearby five-star hotels, including the Hyatt Regency and the InterContinental. Their reputation of being high quality employees precedes them by now.

Who is Neal Bermas?

Just Breathe sat down with the man behind the business to find out more about his motivation, inspiration and general views on work-life-balance and ‘virtues’ of the western world. Read the interview here.

To give oneself permission to be ones true self is harder than it sounds. But if you manage to do so, the award in simply beautiful. END_OF_DOCUMENT_TOKEN_TO_BE_REPLACED

Taking a look inwards, right into the heart, allows you to get in touch with your feelings and your true self on your journey of self awakening. END_OF_DOCUMENT_TOKEN_TO_BE_REPLACED

In order to step out of fear, we need to be consciously aware of our own truth and from there we can find a path to a life full of love. END_OF_DOCUMENT_TOKEN_TO_BE_REPLACED