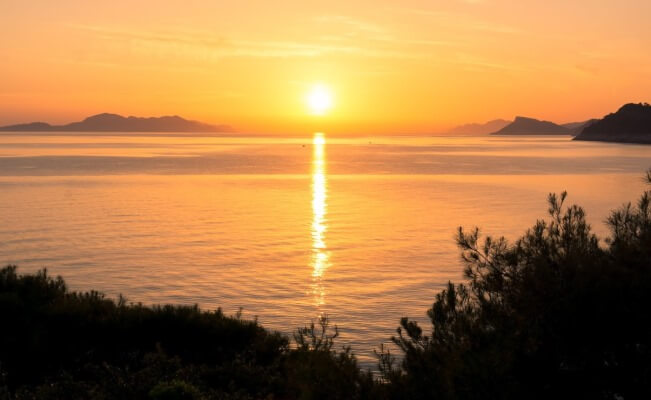 From the ‘karaoke culture’ that Kjell Nordström, (a leading global economist and author) describes so perfectly, to depth, meaning and authenticity. The evolution of health and wellness in all of its guises, has been an undulating one.

He said this: “In the end…there is another knowledge. We know more than what we can say…. there is another type of knowledge: that is ancient…that is silent. That is what we express in art, poetry and music. This is the knowledge that we need to access and act from.”

The Healing Summit took place in Berlin a couple of weeks ago. As the title of the event might suggest, the core content was steeped in human value, social gain and how these vital components become woven seamlessly into our businesses and how we operate within our world.

The currency of wellness

A friend and industry colleague, Dr. Jack Travis, drew my attention this week to a memorable phrase of his “…the currency of wellness is connection…”, ain’t that the truth? From the initial research of National Geographic that led to the paradoxically named ‘Blue Zones’ (five areas in the world where people live the longest) to the phenomenally insightful North Karelia project in Finland (it began during the early 70’s) that dramatically reduced the incidence of cardiovascular disease amongst citizens and by doing so, began the country’s path to recovery. The longevity of those living in the Blue Zones and the success of Finland’s strategy echoes perfectly the quote above. There were several contributing factors in these populations but overwhelmingly, the common thread was about community, a sense of belonging, purpose, camaraderie and ultimately, connection between people.

The peaks and troughts of development within the wellness sector have taken on various masks of progress.  There has been a deep seated need to prove out the economic value of wellness venues. Spas, retreats and health destinations where therapy, healing and relaxation takes place. The need for an evidence based ROI for spa and wellness businesses was the ‘currency’ of the time (around ten-fifteen years ago); refining models and revenue diversification began to happen, products spring boarded from established (and famed) venues. The Sanctuary in London was a leader of its time; although the venue is no more, the products hold strong. Now, and for the past several years, hotels must have a reputable spa as part of their facility offering. The ROI is less about direct revenue generation and more about influencing increased ADR for hotel rooms and an invaluable PR tool.

In the same vein as ‘connection’, I heard Anne Biging from Healing Hotels of the World speak recently about ROI – not the traditional acronym, but ‘Return on Intention’ – about seeking and influencing something that is about more than just money.  I’m seeing this happening more and more, in some cases, without people even realizing it. The hardship of the last few years has, I think, had a profound effect. It has inspired and in some cases, forced a fundamental rethink. Money doesn’t fix everything; as we’re now seeing, in glorious technicolour, we don’t have enough to ‘fix’ the spiraling issues of such poor physical and mental health within our populations, the complexities of which must be addressed in the social fabric of how we live and relate.

The business case gravitas of wellness venues and the proviso of wellness based services is established. The balance though, is moving steadily and intentionally back to the heart of optimum health, through enhanced wellbeing, healing, personal development and the increased wellness of all citizens.  It has to. As more and more people and businesses recognize the need for this, the gains will be seen more substantially. And, I hope, we will see governance that takes these intentions to the nucleus of every ministry.  Such is the multi-dimensional nature and ‘payback’ of health and wellness, the returns come in numerous parallels that stretch through both finance and socio economics.

It is still early in the educational process of what the integration of intentional wellness can do but make no mistake – shift is happening.

Transitioning out of lockdown might for some raise feelings of fear and anxiousness. Claudia lights the path we could take to ease back into life. END_OF_DOCUMENT_TOKEN_TO_BE_REPLACED

Inspired by the title of her new book, Claudia reminisces about the quite chaotic live stories of Whitney Houston and Chaka Kahn with beautiful results. END_OF_DOCUMENT_TOKEN_TO_BE_REPLACED

The new book I AM EVERY WOMAN is a testament to female empowerment. Deeply inspirational and coming straight from the heart, this should not be missed. END_OF_DOCUMENT_TOKEN_TO_BE_REPLACED

June 15, 2021 13:07 pmBreathing in the ocean air, soaking up vitamin D and walking barefoot on sand has a much deeper benefit than just ‘… https://t.co/8Vc3LeQXBn
June 11, 2021 13:08 pmOur oceans drown in plastic and this concerns us ALL! ♻️ TOGETHER, we can be the current of change that turns this… https://t.co/20G2Nx0dbw
June 7, 2021 13:08 pmHappy Monday! May your week be peaceful, joyful and filled with unexpected blessings. 💛 #JustBreatheMagazine… https://t.co/RhJLeiZtfa
June 4, 2021 13:23 pmYoga is a gentle approach to rekindle a healthy and strong connection between mind and body in moments of weakness… https://t.co/6sYWl7idic
June 3, 2021 12:51 pmTransitioning out of lockdown might for some raise feelings of fear and anxiousness... Our beloved… https://t.co/ElWYZZS2Yn

Our oceans drown in plastic and this concerns us A

Happy Monday! May your week be peaceful, joyful an

Some people are more resilient than others. Howeve