The Art of Hypnosis 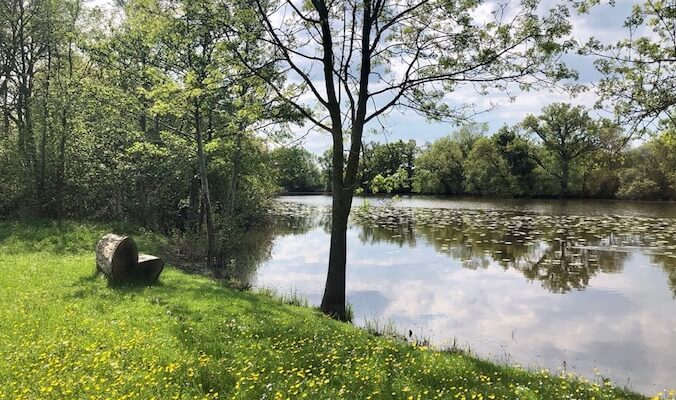 “Hypnotize me with your bright reflections and your harmonious silence…”

So what exactly is hypnosis?

The aim is to awaken the incredible inner power existing in each individual.

Hypnosis and more particularly, Ericksonian Hypnosis comes from Milton Erickson, an American psychiatrist in the 20th century. His philosophy and vision are based on the communication with the subconscious mind. This great man wanted humanity to be freed from its dark side and regain its natural well-being.

As time evolved, Milton slowly adapted the traditional hypnosis. For instance, he ended the common use of hypnosis as a way for hypnotherapists to take control over the patient and to impose a certain direction, often without matching the needs of the patient. Gradually his researches combined with those of today in the field of neuroscience, made it possible to demonstrate that under hypnosis, certain parts of the brain and nervous system were able to activate the so-called “damaged” areas.

What does it mean to be hypnotized?

Remember the school teacher who told you during class: You are up in space!

To be hypnotized means to be in an altered state of consciousness. It is like an inner state of being in which the awareness is focused on a single idea or a train of thought and becomes detached to other external factors such as the auditory environment in which the individual is in.

While one part of the brain is activated, it is as if the rest is placed elsewhere. This way a dissociation between different states of consciousness arises. The so-called ‘conscious’ faculties become weak and this hence awakens psychic abilities which are usually considered as unconscious. Thus a second level of “dissociation” happens : the conscious and the subconscious.

Surprisingly enough, this is actually an ordinary phenomenon that occurs in each and every one of us. It is happening naturally in various situations, such as during a typical car ride on a familiar road, or when we are watching a film. Who has never jumped during a film by fear or surprise of the story, whilst being comfortably settled at home? We are well aware that we are safe but our subconscious mind feels that the action unfolding before our eyes is really happening to us and is causing spontaneous unconscious reactions.

The patient must leave the ordinary wakefulness which is characterized by control and alertness.

In order to consciously produce this phenomenon and for example, create a desired change, the hypnotherapist uses a multi-step process to guide the patient into this hypnotic state. The patient has to learn to let go in order to access a deep relaxation leading to the state of altered consciousness as described above. Often then, the hypnotized person will plunge into a place filled with memories in which he has already felt well-being and happiness. This will allow him to put himself ‘aside’ so that the subconscious area can activate and find a solution to the metaphorical stories told by the hypnotherapist.

What better way than to be carried away by words, images and new sensations that have a healing impact on the subconscious mind and body? In this manner the hypnotherapist, who is only a catalyst, will thus activate the already existing hidden potentials that the person was never even aware of.

The session then smoothly ends with post-hypnotic suggestions addressed to the subconscious mind so that change can take place in the day-to-day awareness. Finally the hypnotherapist brings out the patient from the hypnotic trance, reactivating his consciousness to his present environment.

I would like to take you on a little journey…. 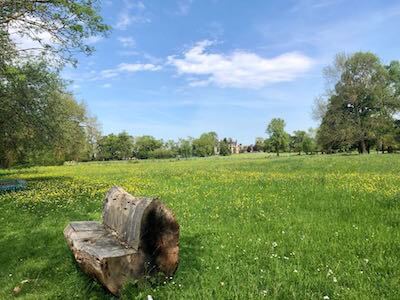 …Imagine sitting comfortably at the foot of the big weeping willow on the wooden bench.
Let your attention be curious of the sensation of the light breeze caressing your left cheek as you listen to the sound of the dancing leaves. And while your cheek feels the temperature and sensation of the wind more and more intensely, your right cheek lets itself go to an identical or a different sensation.

I now leave you free in this perfect balance that settles and that I can observe in this precise instance here and now, or perhaps in an instance or two. And you have nothing to do, but to just simply let yourself be surprised and delighted, listen and wait … ..and while you feel your breathing in your chest, the scents of the season tickling your nose, I would like to tell you the story of this man, who like you was immersed in this wonderful place ….

When we immerse ourselves in the wonderful park of the Chateau de l’Epinay, we can easily slip into a hypnotic place out of time, a relaxing environment of peace and well-being where you can take pleasure in each and every moment just for yourself.

Find out more about the Chateau de l’Epinay.

To give oneself permission to be ones true self is harder than it sounds. But if you manage to do so, the award in simply beautiful. END_OF_DOCUMENT_TOKEN_TO_BE_REPLACED

Taking a look inwards, right into the heart, allows you to get in touch with your feelings and your true self on your journey of self awakening. END_OF_DOCUMENT_TOKEN_TO_BE_REPLACED

In order to step out of fear, we need to be consciously aware of our own truth and from there we can find a path to a life full of love. END_OF_DOCUMENT_TOKEN_TO_BE_REPLACED