The Importance of Physical Fitness in Mental Performance 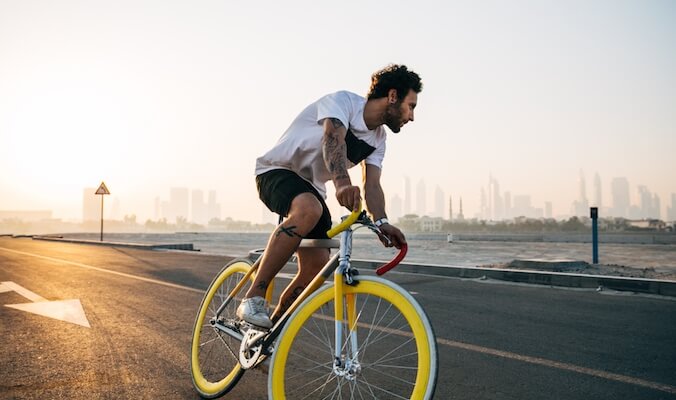 It’s quite difficult to be mentally sound if your body is in a topsy-turvy condition all the time.

The thing is, our bodies and our minds aren’t two separate entities and they both require stimulation to work well. So, these two aren’t just equally important, but they complement each other in many ways.

For example, if you have an upcoming exam or a test to take, it would be much more difficult to concentrate if you’ve been lazing about for weeks than if you’ve been working out regularly and got up early on the exam day. Heck, even if you do some moderate exercise the day before that exam, you would have a fresher mind the day after – no doubt.

In this article, we’re going to talk about how important physical fitness is for your mental performance, and how working out can have incredible effects on your psyche and overall mood when you’d otherwise have been depressed.

Right then, folks here’s the deal.

Benefits that Physical Fitness Has on Mental Performance:

One of the main culprits for folks nowadays not feeling at the top of their game, so to speak, would be the omnipresent and quite annoying stress.

Prolonged stress can have detrimental effects on your body. So ensuring you’ve done something about it sooner rather than later can be a great way to prevent a host of stress-related diseases that can hit you down the line.

The correlation between regular exercise and stress reduction has something to do with the norepinephrine, which is a brain chemical capable of reducing the stress signals your brain sends out. So, if you have a twitchy hand or some other sort of annoying ailment due to stress, start working out and, in time, you could eventually ditch the various pills you get prescribed. (Meaning the stress-related pills, of course. If you get prescribed some other pills for a specific disease, make sure to take them according to your doctor’s advice.)

Some people are more prone to anxiety than others.

It often happens that the same folks affected by this discomforting disorder happen to be not working out regularly. Though this doesn’t have to necessarily be the case 100% of the times.

The less we exercise our bodies, the weaker and more fragile they become. In turn, our brains start sending distress signals, which can then even cause you to work out even less out of fear of getting injured or due to a side effect you’re experiencing while working out. 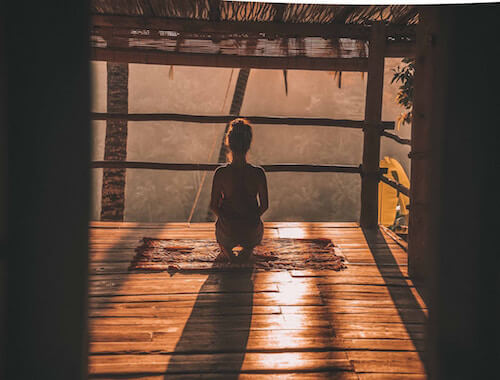 That said, exercising can help your anxiety as much as, or perhaps even more than anti-anxiety medication and can calm you down if you’re feeling antsy. Combine that with a mighty sauna session afterward or a bit of meditation and you’ll feel like a million bucks the next day.

Here’s an interesting fact – exercising releases the same brain chemical as smoking, binge-eating, or having sex. And it’s called dopamine, the chemical.

You can have your own ‘home-grown’ dopamine fix completely naturally and simply by taking your posterior off the sofa and moving it around a bit.

So, whatever your poison of choice happens to be, you can rest assured that a little bit of vigorous exercise every other day can keep it at bay, or at least – severely decrease the cravings.

The great thing about this mechanic is that you can perform any sort of physical exercise – whether it’s some manual labor shoveling grovel, jumping up and down on a volleyball court, or riding a full suspension mountain bike on a nearby hillock. You will be able to produce yourself some much-needed dopamine without having to involve another substance to make it happen.

If you have trouble remembering where on Earth you’ve left your keys and don’t recall who the 14th US president was on your history test, here’s a great thing to try out – get moving and start working out.

Namely, other than being an excellent means of getting rid of anxiety, stress, and managing your addiction (if you’re addicted to something), working out also can amend your memory and thus enhance mental performance. No matter how much you’ve been abusing it up to the point where you start working out.

The thing is, exerting yourself physically produces cells in the hippocampus, a part of your brain in charge of remembering things. So, if you battle with a bad memory due to substance abuse, brain fog, or just plain old laziness, try jogging for a couple of miles every day or try to incorporate some pushups in your daily routine. 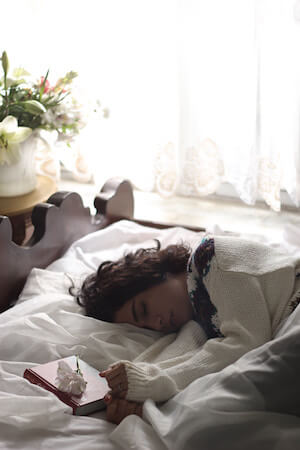 For some folks, working out during the day means you’ll have a much easier time going to sleep during the night – no sleeping pill needed.

This is because physical exertion triggers the natural cycle in our bodies that dictate that we should rest after hard physical work. So, if you have trouble falling asleep or staying asleep, working out during the day regularly can fix your poor sleep patterns in a natural, non-invasive way, so to speak.

Yet another positive effect of working out would be that you get to be more creative.

This is for not only for the folks who aren’t at all creative, but the people who are can truly showcase their full potential a couple of hours after a workout.

Exercising can put our brains into a special state where it works as if it was boosted by some chemical of good vibes, so to speak. (Which technically – it was. Dopamine is the chemical that the brain produces whenever we see some task to complete or when we exert ourselves physically.)

So, if you have a long seminar paper to write or need to produce a drawing for your art class, instead of taking a standard cup of coffee, try running for a while or lifting weights.

One of the best ways to get more energized for the upcoming task, whatever it is, and other than drinking copious amounts of coffee, would be to work out a bit. 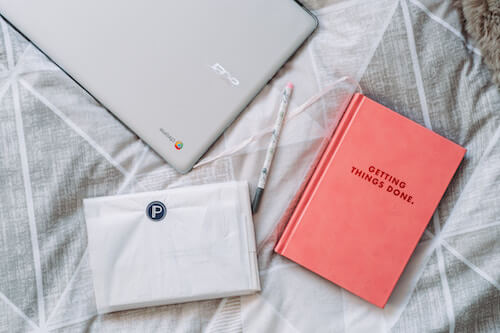 Many people don’t know this, but the more physically fit you are, the better you’ll be able to concentrate on doing tasks that are not related to physical fitness. Although being physically fit does set you up for becoming even stronger and faster, it also gives you more brainpower, so to speak – so you won’t have to worry about running out of steam in the middle of the workday.

Only a little bit of exercise daily still goes a long way when it comes to increasing your overall performance at work or other areas where you want to get something done.

Perhaps one of the most sought-after benefits of working out would be the improved self-image and with it – more confidence.

Whether you’re chubby and don’t like being called fat or being looked down on, or you’re skinny and wish you were bigger and physically stronger, hitting the gym is not only going to have immediate effects on your physique but also your psyche.

While getting better at whatever activity it is you’re pursuing will take some time, the feel-good effects of working out will, no doubt, be immediately recognizable.

Certain tasks demand you a level of physical strength and without it – you won’t be able to accomplish them, or you could get hurt trying to make them happen.

To prepare yourself both physically and mentally for a job you need to do, it’s of utmost importance you workout regularly. Whether it’s something as simple as lifting a sack of potatoes from off the ground or enduring a long meeting where you have to do nothing but sit and not fall asleep, being in good physical shape is a guarantee you’ll be able to soldier through it all.

Even though this may sound counterintuitive, even sitting is easier if you’re fit. That is, the detrimental effects of a sedentary lifestyle are greatly reduced if you care to work out now and again. 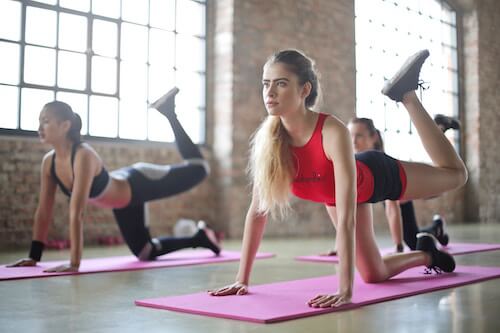 In order to get the most out of yourself and boost mental performance be sure to exercise regularly, as this can be a great way to make even the toughest of people even tougher, and the folks struggling with addiction, depression, and anxiety, well, also tougher. Plus, many of their symptoms will be greatly alleviated. Break a sweat every once in a while folks, because it’s going to do you so much good in the long run.

In order to step out of fear, we need to be consciously aware of our own truth and from there we can find a path to a life full of love. END_OF_DOCUMENT_TOKEN_TO_BE_REPLACED

Being able to pause and to look inwards will eventually help transcending the mind chatter to bring forth deep personal transformation. END_OF_DOCUMENT_TOKEN_TO_BE_REPLACED

Our minds chatter can be quite tricky and has a tendency to guide us into the wrong direction. How can we learn to not take it too seriously? END_OF_DOCUMENT_TOKEN_TO_BE_REPLACED