Fit But Fat – a Revolutionary View on Weight-Loss 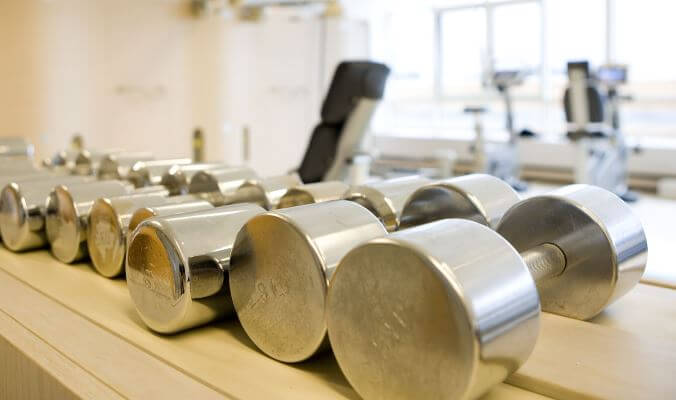 The more we exercise, the more weight we lose. So you would think! Just like fully-charged Duracell Bunnies we go jogging, cycling or endure exhausting bootcamp courses. All in the name of weight loss. And maybe all in vain?

The logical consequence: the more we exercise, the more weight we lose. So you would think! Energy is synonymous with calories. On one side of the equation we have our caloric intake, on the other side we have the basal metabolic rate (BMR) and the energy cost of physical activity. The BMR is the minimal amount of energy that the human body needs when it is resting to keep the vital functions going.

The energy cost of physical activity however is dependent on the level of activity of an individual during – for example, exercise or digestion. If these two factors exceed the energy supplied by food, the result is a negative energy balance. The logical consequence: the more we exercise, the more weight we lose. So you would think.

This is where Herman Pontzer comes in nullifying the simply calculation. According to the anthropologist from the US, the more we exercise, the less energy is burned when we are resting. An evolutionary energy-savings effect.

When science comes in

As part of his research, he had surprisingly discovered that the members of a hunter-gatherer tribe in Tanzania showed a similar daily energy expenditure as adults living in industrialized nations. Really? The constantly active and moving hunter and the common Western office worker who schedules his occasional visits to the gym? Isn’t that just a bit paradox? According to the anthropologist from the US, the more we exercise, the less energy is burned when we are resting. An evolutionary energy-savings effect.

Pontzer offers a possible explanation: when our prehistoric ancestors spent extended periods of time looking for food, their body lowered the energy consumption in resting periods to compensate for the energy consumed during their strenuous search. Therefore the key lies in the adjustment of the BMR. You can calculate your BMR HERE. Evolution at its best. This would mean that our energy consumption does not increase linearly with physical exertion, as generally assumed.

Those who exercise a lot, would consume less energy in total due to a lower BMR, thus leading to a plateau. Pontzer’s test subjects who were particularly active burned more or less the same amount of calories per day as the persons who were only moderately active.

Homo Sapiens is led into the trap and starts eating without a bad conscience to reward himself – usually more than he or she just lost during exercise.This leads to a dilemma because we commit two errors: First of all we often overestimate the calories burned during exercise. The second error is that due to stress related issues we often resort to escape behavior and run too fast or exercise too hard. Especially when our bodies are not in an optimal physical form and the exercise intensity is too high, we tap into our carbohydrate reserves which simultaneously lowers our blood sugar levels.

The result is food cravings. Homo Sapiens is led into the trap and starts eating without a bad conscience to reward himself – usually more than he or she just lost during exercise. We call this phenomenon dietary overcompensation. The result is weight gain. Fit but fat? So does this mean we can just lie back and not move a muscle anymore as it is all in vain anyway? Not according to Pontzer. He points out that exercise has many, many benefits for our health – just not necessarily weight loss.

Weight loss can only be achieved through a combination of diet AND exercise. Extensive studies show: Exercise helps to reduce the risk of cardiovascular disease, back pain, osteoporosis, depression, even cancer. And it doesn’t have to be a marathon. Simply by taking regular and quick walks or taking the bicycle instead of the car you are doing yourself and your health a huge favour. We cannot effectively and quickly lose weight simply by exercising, even if muscle growth increases the BMR.

But what do we do now?

So what is the variable X that needs to be adjusted in order for us to reduce weight? How to get rid of unwanted fat? The explanation is as simple as it is logical: weight loss can only be achieved through a combination of diet AND exercise. We’re not talking about a crash diet, but a permanent adjustment of eating habits. Neither do we mean a set exercise programme that stays unchanged over months or years.

If we optimize our cardio training we can observe a shift in fat and carbohydrate consumption. Although less is converted in total, the body taps into our fat reserves rather than carbohydrates to obtain energy, even when we are in resting mode. Therefore we also need to adjust and rotate our training methods from time to time. Only then are we able to tackle the energy balance equation.

Find out more about Lanserhof Tegernsee, a member of Healing Hotels of the World.

To give oneself permission to be ones true self is harder than it sounds. But if you manage to do so, the award in simply beautiful. END_OF_DOCUMENT_TOKEN_TO_BE_REPLACED

Taking a look inwards, right into the heart, allows you to get in touch with your feelings and your true self on your journey of self awakening. END_OF_DOCUMENT_TOKEN_TO_BE_REPLACED

In order to step out of fear, we need to be consciously aware of our own truth and from there we can find a path to a life full of love. END_OF_DOCUMENT_TOKEN_TO_BE_REPLACED