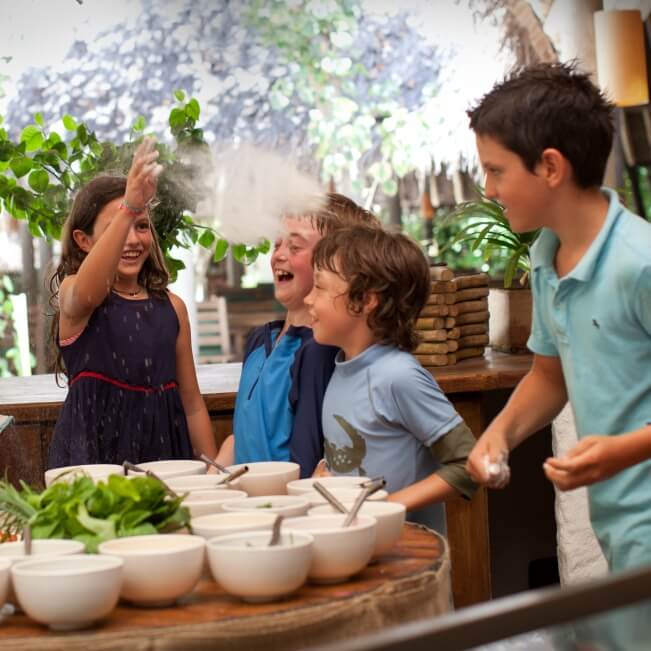 In the recent years, more and more evidence highlight the importance of a healthy diet in the development and growth of children. According to a recent study, in 2012 more than one third of children and adolescents were overweight or obese.

The percentage of childhood obesity has dramatically increased during the last twenty years; from 7% to 18% in the ages 6-11 years in United States. Obesity is an epidemic disease that leads to higher risk factors; some of which are cardiovascular diseases, high cholesterol and high blood pressure. Obese adolescents are more likely to have pre-diabetes, a condition in which blood glucose levels indicate a high risk for development of diabetes.

For those reasons many efforts and campaigns take place worldwide in order to educate and prevent children from being obese. Most of these interventions have been performed in schools since the latter play a major role in young people’s education. Furthermore, the dietary behavior and the lifestyle that one develops as a child tend to consolidate during adolescence. Previously, about three decades ago interventions to promote healthy eating where based on a cultural shift; they aimed to teach and educate children as well as their parents. They were just theoretical and informative paradigms. Later on, these types of interventions proved to be insufficient and unsuccessful because they failed to encourage the development of the tools needed by children.

Nowadays, researches investigate and suggest new methods that provide children with a new set of principles and techniques. Highlighting the importance of prevention, a really strong aspect is the capability of a person to see him/her-self as an active subject responsible for his or her behavior (and health) in a social context. Knowledge will help them to make the right decision in any issue; and of course the healthier’s when it comes to nutrition.

The 4 principles of prevention

The first principle is the correct understanding of an individual’s psychophysical behavior enabling the self-determination and autonomy of the child. In line with self-determination theory, operators first propose healthy behaviors related to food, and physical activities as games to children and their families. But in order to make the child feel more determined and comfortable, children should learn to build their own games.

The second aspect is the use of observation, role models such as his/her parents, adults or friends. A child develops his/her own preferences and behavior by observing and imitating. For instance, cooking lessons with their families (role models-imitators) can contribute to a successful intervention. Moreover, participating in the cooking process helps the child to understand healthy eating better. It also increases the likelihood of keeping this dietary lifestyle for a longer period.

The third aspect is repetitive or regularly planned meals. The more the child tastes a food, the greater the chance is that he or she learns to like it. Repeated opportunities to sample new foods (from 5 to 10 times) increase consumption of that specific food. Therefore, dietary habits can be learned and tailored according to the child’s nutritional needs.

The final aspect of a successful educational nutrition program is rewarding. If they taste and eat the appropriate portion of fruit and vegetables per day, they are rewarded both theoretically from their nutritionist and parents, and practically by offering gifts like gadgets they can use at school (color pencils, pedometers etc.). Unquestionably, the positive reinforcement principle makes children more likely to taste the same food on a regular basis in the future.

These principles can be helpful in the hands of experts and scientists to prevent and educate children on healthy eating. As obesity causes many other diseases, it must be our first priority to find ways to educate and inform the children about the importance of healthy eating and staying active.

In Out of the Blue Capsis Elite Resort, a nutritional tailored-made program based on those important principles is helping children to reduce their weight and learn about healthy behavior.

Being able to pause and to look inwards will eventually help transcending the mind chatter to bring forth deep personal transformation. END_OF_DOCUMENT_TOKEN_TO_BE_REPLACED

Our minds chatter can be quite tricky and has a tendency to guide us into the wrong direction. How can we learn to not take it too seriously? END_OF_DOCUMENT_TOKEN_TO_BE_REPLACED

What does it mean to live your inner truth and steer through difficult phases? Claudia shows us the way by sharing a deeply personal story. END_OF_DOCUMENT_TOKEN_TO_BE_REPLACED