About the Courage to Help Others 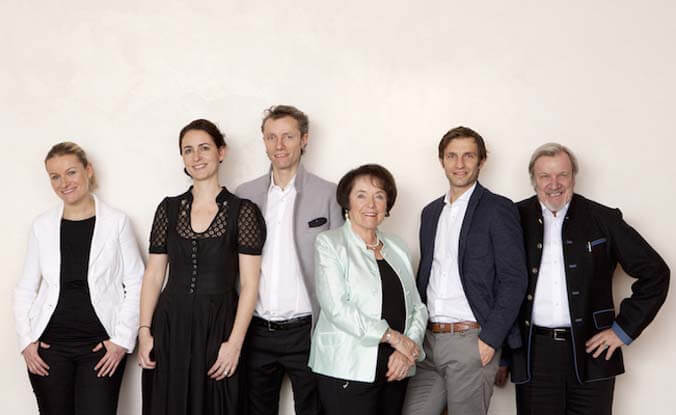 One could write another article about how our world is in a difficult situation: War, waves of immigrants, social injustice, increasing poverty… all this is happening at our doorstep. None of this is actually new and is reflected in the waves of negative media coverage. On a daily basis, we are bombarded by information about crises and devastating situations happening around the world.

For once, let’s try something new, a new thought: instead of focusing on the negative, let’s focus on the positive. Each one of us is capable of making a small contribution for a better world.

No one can save the world alone, but every one of us can walk through life with open eyes and extend a hand to people in need. It does not matter if the contribution is big or small, as each gesture not only makes the world a better place, but it may mean the world to those receiving help.

With the idea of a snowball effect in mind, we at the Alpenresort Schwarz started the “Schwarz hilft…” (Schwarz helps) project in 2012. The initiative is designed to help our neighbors and fellow citizens in difficult financial situations or personal emergencies. “Schwarz hilft…” is designed to help others quickly, anonymously and, most importantly, without bureaucracy.

“Schwarz hilft…” is a charity fund, which is financed through various fundraising events, such as numerous Christmas activities, like nativity plays, or charity flea markets. At the latter, our own furniture is sold at a reduced price, killing two birds with one stone.

Thanks to word of mouth and brochures that were distributed regionally, our project became so well known that people began to actively seek us out. This is an important factor because, in most cases, those affected may be reluctant to ask for help themselves. Shame is often a great obstacle, preventing people from taking the first step. For this reason, we often rely on the attentiveness of fellow members of the community, who have the courage to read between the lines and to act quickly.

Helping where we can

Take for example the story of a family of four, whose four-year-old daughter was diagnosed with cancer. A friend of the family revealed to us the difficult circumstances: Because of the child’s sickness, both parents were forced to give up their jobs. One parent resigned in order to accompany the young girl to the hospital, while the other was needed at home to care for the girl’s sibling. Their personal emergency was worsened by financial concerns and fears about the future. We actively approached the family to offer our support, which was gratefully received.

It is important to us to be more than just a source of financial support. As part of every relief operation we therefore select one of our staff members to act as a voluntary “godfather”. This allows us to get to know the individuals we help on a personal level. The story described truly affected us all. Unfortunately, the little girl passed away far too early.

We were not able to spare the family grief or pain, but we were able to help relieve the financial pressure and, from one person to another and to sympathize. We want to communicate: You are not alone. After the little girl’s funeral, we invited the family to our hotel so that they had some time to recover and to think of something else for at least a little while.

Naturally, not every case is so tragic. In fact, the opposite is true. The “Schwarz hilft…” program is very rewarding on a personal level. Gratefulness, closeness to other people, the joy in the eyes of children and the feeling of having a positive effect on our community provides us with pure joy.

This is true even in the simplest of cases. For example, when people are not able to afford something we take for granted, like heating during a cold winter. Or as was the case of a young woman, whose husband left her and his family because dealing with his two severely handicapped children proved to be too much for him. We invited the courageous mother and her children to join us at our hotel for a short holiday, as she would not have been able to afford such a break herself. Often, the smallest things provide hope and can mean the most.

We are very grateful to live and work in this peaceful and idyllic plot of land in Tyrol and it is our heart’s desire to share and pass on some of what we have. We tenderly take those in need by the hand, helping them and in turn ourselves, to reach a deeper personal level.

For the Pirktl family, who has managed the Hotel Schwarz for 40 years, humanity, respect and support for one another are integral components of a philosophy shared by the family and its employees.

No one is immune to sickness or misfortune. With this in mind, we would like to strongly encourage you to help others. After all, even the smallest gesture can have a great effect.

Being able to pause and to look inwards will eventually help transcending the mind chatter to bring forth deep personal transformation. END_OF_DOCUMENT_TOKEN_TO_BE_REPLACED

Our minds chatter can be quite tricky and has a tendency to guide us into the wrong direction. How can we learn to not take it too seriously? END_OF_DOCUMENT_TOKEN_TO_BE_REPLACED

What does it mean to live your inner truth and steer through difficult phases? Claudia shows us the way by sharing a deeply personal story. END_OF_DOCUMENT_TOKEN_TO_BE_REPLACED