Expats Guide to Alternative Medicine in China and Thailand 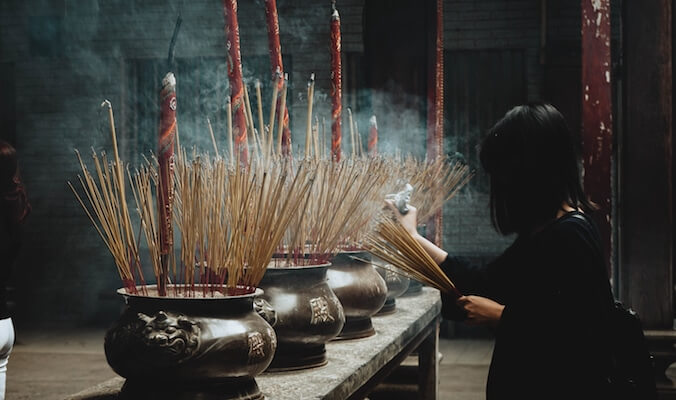 Most Western expats are aware of alternative medicine and therapies, such as acupuncture and reiki. They may also be aware that these alternatives are not always viewed, by the medical community in their home country, as reliable or founded on robust evidence.

With that in mind, what do expats need to know about the role alternative medicines, treatments and therapies play in healthcare in China and Thailand? Do they differ from Westernized versions, and how are they accessed?

Thailand’s Universal Coverage Scheme (UCS) is tax-funded and provides healthcare coverage to all Thai citizens who are not covered by another public health protection scheme. This means that they can obtain health services without suffering financial hardship. It also provides inpatient, outpatient, and emergency healthcare.

Expats are not eligible for public health care in Thailand.

Unfortunately, “stateless people” – including legal migrants, displaced persons, international tourists, and expats – are unable to register for the UCS. Expats can still make use of public healthcare services, but they may have to pay for treatment. As such, many expats opt for international health insurance to help cover these costs.

Unlike Thailand, there is no system in place for Chinese citizens to receive free healthcare. However, substantial plans are in place to reform China’s healthcare system. The promotion of traditional Chinese medicine is protected by the Chinese constitution and is typically used alongside modern treatments. While Western-medicine hospitals are prevalent, doctors are likely to prescribe a combination of Chinese and Western medicine.

Alternative treatments in Thailand and China

Expats are often prescribed a mix of alternative and Western treatments.

For people from Western countries, alternative treatments offer an approach to healthcare that differs from common medical practices. However, expats moving to Thailand or China will find that they are not regarded in the same way here. Due to their Asian origins, these ‘alternative’ treatments are an established part of the healthcare system.

Here are six examples of traditional remedies in China and Thailand:

Acupuncture is practiced widely in both China and Thailand alongside modern medicine. The technique involves inserting needles into skin, subcutaneous tissue, and muscles at specific points on the body.

In traditional Chinese medicine, it is considered that there are 2,000 acupuncture points on the human body, that are connected by 12 main “meridians”. Meridians are believed to be a set of pathways that help energy flow through the body. It is therefore believed that acupuncture can promote the flow of positive energy through the meridians, thus restoring health to the body and mind.

Acupuncture can generally be accessed in hospitals, and facilities that specialize in alternative therapies.

Acupuncture is used to treat a wide range of common ailments. It is also supposed to help with improving hormonal balance, reducing stress, and relieving pain caused by chronic headaches and arthritis. It is believed to alleviate the symptoms of asthma, menstrual and digestive problems, and high blood pressure.

This traditional Chinese therapy involves burning dried moxa (mugwort root) near or directly on the skin over the body’s meridians. The smouldering moxa is believed to enable the flow of positive energy in a similar way to acupuncture. It is thought to ease the pain of injury or arthritis, as well as protecting against colds and flu.

Unlike acupuncture, moxibustion can be practiced at home.

In fact, Chinese medical practitioners sometimes show patients how to use the moxa on themselves. This would enhance or maintain the effect of the treatment between appointments.

Moxibustion treatments can also be accessed in Chinese hospitals as well as Thai and Western facilities that specialize in alternative therapies.

For expats looking to relieve pain or reduce stress without needles or burning leaves, Thai Yoga Massage may be an option. This type of massage has similarities to Indian yoga. It is performed on a padded mat on the floor where a practitioner will manipulate the body into a series of yoga-inspired shapes and postures.

Thought of as being more beneficial than regular massage, Thai Yoga Massage utilizes traditional healing techniques. Examples here are acupressure, compression, and joint mobilization. The treatment is practiced in a similar manner worldwide, usually at spas and other wellbeing facilities.

Reiki is a Japanese practice of energy healing that can help bring balance at the physical, mental, and emotional levels.

The words ‘rei’ and ‘ki’ translate to ‘spiritual life force energy.’ The practice has evolved since its creation by Mikao Usui in 1922. Still, the original form of Usui Reiki remains the most widely spread.

Practitioners use their hands to channel the universal energy through the body. They may focus on the main organs or use the energy centers, also known as chakras, as a starting point. While methods may vary, the goal is always to encourage relaxation and support the body’s natural healing ability.

To enhance the overall effect or better guide the universal energy, practitioners sometimes use Reiki symbols, incense, or crystals. You should always be clear about the entire process for your comfort. Still, a professional will always require your approval before engaging in additional techniques.

Reiki is not a religion, and it will work regardless of your beliefs. It’s also not an ‘alternative therapy’ but a complementary way of healing.

Rooted in Chinese medicine, it involves the use of breathing, meditation, and gentle movements in its effort to prevent disease and promote a longer life.

Practiced for centuries, the health exercise of Qigong is believed to have derived from ancient dances.

Focused on stretching the joints and muscles to help release tension, the movements of Qigong increase the flow of blood and stimulate the supply of energy to the body. This leaves the recipient feeling relaxed and energized. The process is one of the Chinese medicinal methods thought to help with the treatment of arthritis. Classes are widely available in China and Thailand.

Owing to the low impact of Tai Chi on the joints, it’s a great exercise for elderly people looking to increase mobility and improve their posture.

Tai Chi is often considered to be a form of Qigong. It originated as a martial art in 13th-century China, and was adapted as a health-promoting exercise in the 19th century by Yang LuChan. It is thought to be one of the most effective methods of self-development and awareness, contributing to both physical and mental health. Not only can it be used to increase energy, strength and coordination, but it is believed to strengthen metabolic functions and the immune and cardiovascular systems.

To minimise the risk of injury, it is best to learning from a well-trained instructor. Once familiar with Tai Chi postures and poses, books and videos are readily available for expats wishing to practice at home.

Alternative treatments are widely available in China and Thailand, and are often prescribed alongside modern medical treatments. Expats looking to embrace the rich culture of their new home country can also use these remedies to help maintain their health and wellbeing.

To give oneself permission to be ones true self is harder than it sounds. But if you manage to do so, the award in simply beautiful. END_OF_DOCUMENT_TOKEN_TO_BE_REPLACED

Taking a look inwards, right into the heart, allows you to get in touch with your feelings and your true self on your journey of self awakening. END_OF_DOCUMENT_TOKEN_TO_BE_REPLACED

In order to step out of fear, we need to be consciously aware of our own truth and from there we can find a path to a life full of love. END_OF_DOCUMENT_TOKEN_TO_BE_REPLACED