How to Cope When a Loved One is Gravely Ill 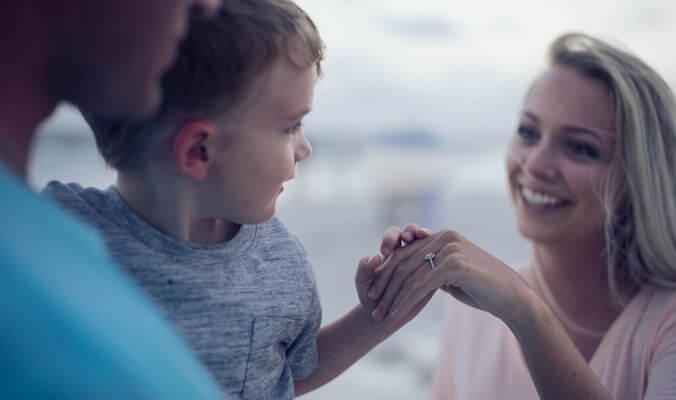 You’ve just been told by the doctors that your child has cancer – what now? How do you cope when a loved one is gravely ill?

This was the scenario my husband and I faced in 2013 when our eldest daughter was diagnosed with lymphoma and in the space of three short days, she went from being a school girl with a cough, to a cancer patient recovering from surgery.

So what now for our family of five?

The critical nature of our daughter’s condition meant she required immediate treatment, so in many ways we didn’t have time to think about how or why? Bibi was in the hands of the professionals now and they got to decide what would happen next – we her parents resigned to the role of ineffective bystanders.

Faced with this overwhelming feeling of helplessness and with no way of controlling the outcome, we decided that if we can’t protect Bibi from all the procedures she was going to face, then at least we could protect her from the environment, the language, the protocols – basically the world she had now been catapulted into.

We knew instinctively that Bibi’s ability to cope with her illness would depend on how she saw us coping.

In order to protect Bibi, we determined that our days would not revolve around her medication and surgery, side-effects and blood counts – we would leave that to the doctors, instead we decided to create our own disease-free world and channel all our energy into lifting her spirits, keeping her distracted and reminding her she was a 15-year-old girl and not just a patient. That was our only plan – to normalize the abnormal and take the fear out of it.

So that is what we did, we created simple routines to give us some focus and to make each day the best it could be. So, Morning routines gave us a sense of purpose and bedtime routines eased the sorrow of being away from home.

We did family sleepovers at the hospital, a takeaway and a film an event. We never spoke about it, referred to it, or even said its name. Our only objective throughout this whole period was to ensure that Bibi never ever thought of herself as someone who was ill and would never ever think that she would not get better. This was not about being in denial; this was very much a conscious decision we made to focus our attention outwards.

Not extraordinary – nor exceptional

I would love to tell you we are an exceptional family, with extraordinary reserves of bravery and strength, but we aren’t. During our time at the Marsden we shared our ward with a host of families all going through exactly the same thing and coping in exactly the same way.

Even though you could see they were under a huge amount of strain and their son was gravely ill, their focus was on everything but his illness.

I remember the beautiful mum of two, who always bought her slow cooker in with her and busied herself in the communal kitchen while her youngest son scootered up and down the corridors, closely followed by his older brother wheeling the line he was attached to. Or the young parents who brought their shivering son into the TV room one afternoon laughing and joking with him, whilst tenderly wrapping him up in blankets, all the while diverting his attention with their talk of football and friends and what they were going to eat for dinner that night.

And perhaps most humbling of all, the young mum whose baby girl had been born with a hole in her heart and who had kept a bedside vigil ever since. On her own in a foreign country with no family or friends to call on she showed such concern and compassion towards us when we first arrived in ICU it took my breath away and still something I think about to this day.

Life does not pause

So what happens when you hear the words, ‘your child has cancer?’ Well in truth life goes on. Parents go to work even though they may have slept on a hospital floor the night before. Packed lunches are made, children are taken to school, parent’s evening appointments are kept, carol concerts attended to, clothes are washed, food is bought and hands are held while tubes are inserted and more drugs administered.

Don’t get me wrong, some days it would get the better of all of us.

Days upon days of watching our daughter unable to keep down food, unable to get out of bed, drugged up on morphine, covered in sores and in excruciating pain from a bout of shingles so severe she had to be hospitalized. Bibi was very ill, but she was still Bibi, Bibi who liked to paint her nails, watch films, and laugh and joke with her sisters. The same Bibi who still teased her dad, charmed the doctors and nurses with her gentle grace and determination and told me off for embarrassing her and making a fuss.

What to take from this experience

What I have learnt and continue to realise is that life is random and chaotic and despite our best efforts to control our world we can’t and perhaps we shouldn’t try.  I’ve lost family and friends to this dreadful disease and I know the outcome isn’t always positive.

We were lucky and I count my blessings every single day.

If I’ve taken anything from the experience it’s probably the thing I used to say to Bibi almost every day and that is this: “You might be stuck in a hospital right now, you might have a tube in your chest and a drip in your arm, you are certainly bald, in pain and are finding it difficult to eat. All these things are happening to you and you have no control over it, but what you can control is how you think about your situation. No one can control that.”

Being able to pause and to look inwards will eventually help transcending the mind chatter to bring forth deep personal transformation. END_OF_DOCUMENT_TOKEN_TO_BE_REPLACED

Our minds chatter can be quite tricky and has a tendency to guide us into the wrong direction. How can we learn to not take it too seriously? END_OF_DOCUMENT_TOKEN_TO_BE_REPLACED

What does it mean to live your inner truth and steer through difficult phases? Claudia shows us the way by sharing a deeply personal story. END_OF_DOCUMENT_TOKEN_TO_BE_REPLACED