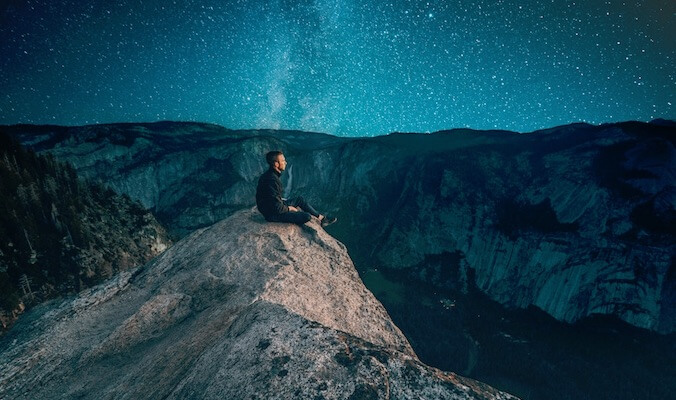 Before Roger Bannister broke the four-minute mile mark in May of 1954, people didn’t believe it could be done. Today, in the United States alone, 500 American men have broken the four-minute mark. Since the beginning of 2018, 21 US runners have accomplished the feat.

The four-minute mile was viewed as the “Holy Grail” of athletic achievement.

The barrier stood for decades, with countless efforts to break it coming up short. Not only did experts believe that accomplishing the feat would result in the death of the runner, but they further believed the conditions to break the barrier would have to be perfect – no wind, and a comfortable 68 degrees, with a hard, dry clay track. But Bannister did it on a cold day and a wet track. 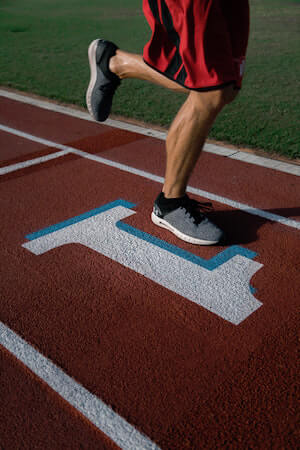 Between Bannister’s accomplishment in 1954 and the trifecta of runners to break the four-minute mile barrier a year later, what changed? What has enabled 500 Americans and 1500 runners globally to find their “Holy Grail” and cross this once-uncrossable threshold? Roger Bannister wasn’t superhuman. Neither was John Landy.

For Bannister, he made the decision to pursue the four-minute mile because he believed it was possible to break the barrier. Once the decision was made, he altered his training regimen, opting to train more frequently and with harder intervals. He was singularly focused on beating the record.

You may not be out to break the four-minute mile, but have you ever really stopped to think about your beliefs? What are your beliefs about your own life?

Our beliefs about ourselves are the box we call our world. You won’t believe anything outside of that box; you can’t. Not without changing your beliefs.

But, in practical terms, what is a belief? Let’s say one of your fundamental, ingrained beliefs in your life is, “I’m not good enough.” If we were able to look inside your brain at this belief, what would we see? We’d see a synapse between two or more neural connections. If this is a long-held belief, dating back to childhood, the synapse would be particularly thick and strong, the result of you telling yourself this story over and over again throughout the years.

That’s all a belief is; synapses in the brain.

The three main types of beliefs

There are several different ways to classify beliefs. For the purpose of this writing, let’s boil beliefs down to three types: benign, limiting, and empowering beliefs.

Benign beliefs are those beliefs that are largely objective; water is wet, rocks are hard, fire is hot. They neither hurt nor harm us, as long as we don’t place our hand in the fire.

Limiting beliefs are the beliefs in our lives that hold us back. They are the things we tell ourselves that keep us “small”. A limiting belief can kill. Think of someone suffering from anorexia. They may deny themselves food to the point of starvation because they believe they need to lose weight. In my own life, I had two limiting beliefs that impacted a good portion of my life.

I grew up in the military; by the time I was ten years old, I’d moved six times, moving three more times by the time I graduated high school. One of the beliefs that came from moving so frequently was that relationships end. One day, we might be friends, the next day, I was moving, or my friend was. There was no texting to keep in touch, no social media. Yes, we could have written letters, but that was impractical. We were “over” on to the next city or country; on to new friends. For a while at least. 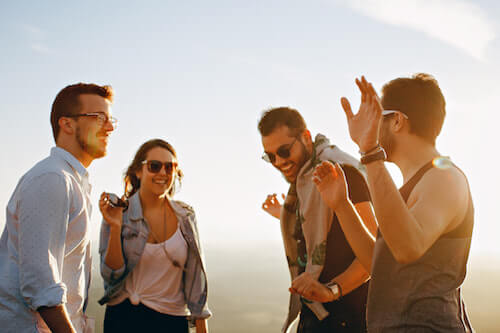 I don’t know how or why those beliefs formed. There are other people who moved just as much as I did, if not more. I know dozens of Marines who have healthy marriages going into their third decade. Those were my limiting beliefs. 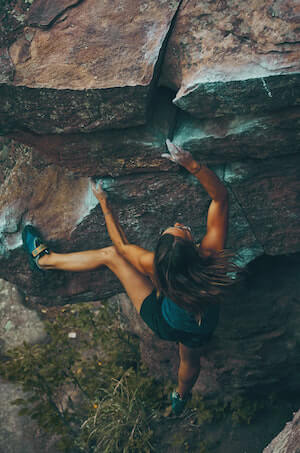 Limiting beliefs make for a small box. The reality is, there is no box. What we believe determines what we focus on and how high we set the bar in our lives. In reality, we are limitless souls, tethered by conditioning, and fear from realizing our full potential.

Empowering beliefs are the pathway to unlocking our true potential.

Empowering beliefs have enabled the human race to put a man on the moon; we’ve sent a spacecraft to the edge of our galaxy. Empowering beliefs have created democracy and nanotechnology. They enabled Amelia Earhart to fly solo across the Atlantic, and Mahatma Gandhi to defeat the British empire and gain India’s independence through nonviolence. These beliefs enabled Roger Bannister to break the four-minute mile.

How do we change our beliefs? First, we need to understand what it is we actually believe. What limiting beliefs do we have about ourselves? Chances are, there are some things that immediately come to mind if we ask ourselves this question.

If we revisit the “not good enough” belief, how can we turn that on its head? We need to reject that belief and replace it with a more empowering belief. We reject it by exploring what the belief has cost us in our lives thus far and, if we hold onto the belief for five or ten or twenty more years, what it will cost us. Perhaps this belief has cost us promotions and job opportunities; maybe it’s cost us relationships; it’s boxed us in as only a belief can. If we project holding onto this belief in the future, we might begin to feel dread. This is not a good belief. What is a better belief? 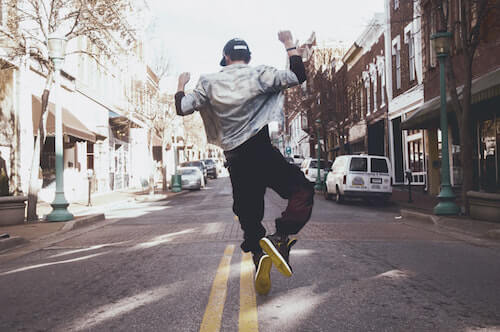 Something that enlivens us. Enriches. Empowers. Something like, “I am enough and have everything within me to be successful.” Then, we need to employ neuro-associative conditioning to make this belief a part of us. We do this by emoting, affirming this belief, loudly and with emotion and energy. Think of the things in your life that you feel passionate about; we want that same level of energy to ingrain these new beliefs as a part of our physiology. We can also do this by incanting this belief on a regular, daily basis. Remember, we’ve reinforced limiting beliefs over years, sometimes decades. For the new empowering belief to “stick” we need to repeat it. Often.

What do you believe about your life, and how are those beliefs holding you back from achieving the life you truly want?

In order to step out of fear, we need to be consciously aware of our own truth and from there we can find a path to a life full of love. END_OF_DOCUMENT_TOKEN_TO_BE_REPLACED

Being able to pause and to look inwards will eventually help transcending the mind chatter to bring forth deep personal transformation. END_OF_DOCUMENT_TOKEN_TO_BE_REPLACED

Our minds chatter can be quite tricky and has a tendency to guide us into the wrong direction. How can we learn to not take it too seriously? END_OF_DOCUMENT_TOKEN_TO_BE_REPLACED

September 14, 2022 14:36 pmIn order to achieve radiant skin, today's article highlights some steps you can take.✨ https://t.co/xrbbOiWcPd… https://t.co/qad0fBuGdI
August 19, 2022 11:36 amYou can move beyond the pain. ♥️ #JustBreatheMag #JustBreathe #Healing #Wellbeing #ConsciousLiving #Happiness… https://t.co/ExgdfdsiLg
August 2, 2022 10:07 am"A friend is someone who gives you total freedom to be yourself – and especially to feel, or not feel. Whatever you… https://t.co/K0ufZyNETK
July 27, 2022 13:07 pmToday's article by SensitivE Audit explains how Frequency-Wave Imprinting works and how it can benefit your health.… https://t.co/UG9je0cMHc
July 26, 2022 08:11 am✨💙 Today's article by @SoulLuxury1 reflects on how to rise above that negative mind chatter to practice self-accept… https://t.co/WdU7rros4t

What does joy mean to you?♥️ We all have cer

Did you know that tourism employs one in every ten

Could what you eat be impacting your sleep?😴

✨Peace is the reflection of freedom of fear and