On Social Change and Trailblazing 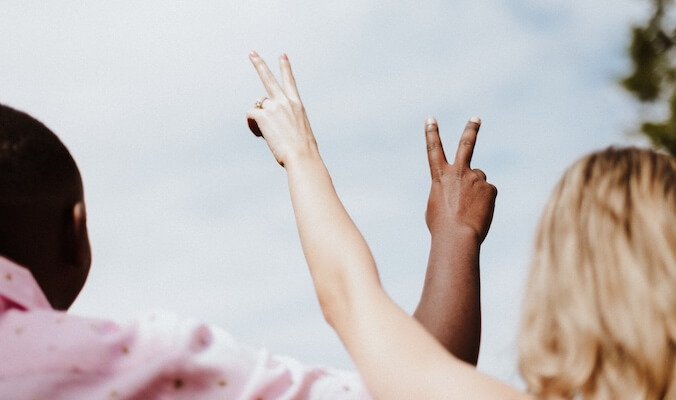 I am currently taking some time out to be in my own presence. I contemplate the times of change that we are living in which leads me to a question: What drives social change? A chapter from our collaborative book, I AM EVERY WOMAN, springs to mind. Trust that Whisper in your Heart, is the title of that chapter written by Sharan Patel. Her upbringing and culture inspired her to grow into an instigator of social change unbeknownst to her.

Sharan writes on the topic of arranged marriages, and her questioning of the same. But there is something hidden within the issue that reaches well beyond the sharing of vows.

My rebellion was fueled by having to fight for the opportunities
that were easily available to the men in my family.
– Sharan Patel

Arranged marriages are indeed a potent example of a mechanism that affects many and remains questioned by relatively few. Or is it just that the voices of those questioning are not easily heard?

All Social Change starts with a Questioning of Values

Arranged marriages were pretty much the norm throughout the world until the 18th Century. They are still happening in Europe in minority religious groups. In India they remain the norm, by far, probably making up some 90-95% of all marriages. With a recent survey concluding that 49% of women and 41% of men want a love marriage as opposed to an arranged marriage, we can foresee change on the horizon. Will it cause upset? Probably.

Sharan was fortunate to have a very liberal Indian upbringing. Born to loving, elder parents in Kenya, Africa, she describes it as “a spiritual and religiously tolerant environment with strong values placed on education.” Her education included being told, by a woman, that she could do anything she wanted in the world. It supported the questioning of conventions, such as those surrounding marriage. 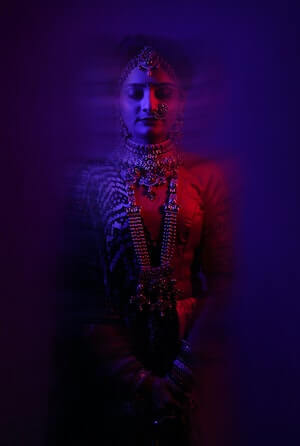 Aged 11, her parents brought back Sharan’s supposed wedding saris from India. As she writes, it took but one look at them for her to know that she would never wear them. “What was within me at the age of 11 that whispered to me that I needed/wanted to do more than follow tradition and convention?” she later asks herself, in I AM EVERY WOMAN, also recounting how her great aunt taught her to trust in that strong voice of her heart. And she did, perhaps also egged on by the tragedies surrounding the topic. A young and beautiful lady friend of her family committed suicide because she fell in love with a young man, but was forced to marry someone else, chosen by her family.

In fact, Sharan was upset by all the opportunities that the men in her family were presented with, while she was not. The topic was bigger than marriage, the implications going way beyond her personal self and life. She simply could not succumb.

Many little Streams add up to a Great Transformation

Arranged marriages used to serve a purpose and were the set modus operandi. It makes me wonder how we transition out of certain, set ways of doing things which are deeply ingrained in our cultures. How do we know to move towards something else? I guess it may boil down to that voice from within – the sound of the soul – yearning for more freedom, one way or another. Sometimes these are small nudges, and at other times they seem too big – and scary – that it appears impossible to wrap one’s head around what it will take to follow inner guidance. But perhaps that is the point, you must be “out of your mind” to take the next step…

Reaching new levels of Awareness – against all odds

What makes it difficult to rebel? “I felt I was letting the family down, as the little girl in me sought approval and recognition”, writes Sharan. I can identify with that on many different levels. Aren’t most of us seeking approval and validation, and having conflict inside when we can’t get it?

There were times I wanted to run back to the bosom of my family and be comforted.
– Sharan Patel

And yet she kept walking, “away from conventions, difficult relationships, moved from country to country.” Here, it is good to recognize what can egg us on; be it a fortunate environment scattered with catalysts, supporters cheering us on, or synchronistic events that remind us to keep going. In Sharan’s case, she had her liberal upbringing and her aunt. She left a career with the UN in Africa to escape “nice young men from prominent families” presented to her by her own family and moved to New York.

There, the moment the American man she had fallen in love with and lived with hit her, she took off even as her own family thought that she was (once again) “moving away from ‘a suitable boy.’” It was strong convictions that made Sharan a trailblazer. She went on to found the Darjeeling Children’s Trust which has raised over US$ 1 million to help children in Darjeeling, India from less fortunate backgrounds escape the most gruesome of conditions. Did Sharan set out to be a trailblazer? No. She quietly and with determination followed the whisper of her heart.

Uma, another Indian woman, as well as co-author, followed her calling to find freedom for herself which led her on to a quest to discover herself. Uma chose to pursue a career rather than establish a family, as expected and lives in the spiritual community of Auroville, South India, dedicated to human unity from where she follows her heart’s calling.

It is time we celebrate all pioneers who question the status quo and instigate social change,
often with much personal suffering as a result.
If you know one such woman reach out and recognise her.

How do we approach the precipice where we can no longer look away from a sensed purpose to uncouple deeply rooted societal conditionings? We first must prepare for the fierce resistance that can be expected from those who oppose social change. Secondly, we want to accept that an “objective truth” of the matter at hand does not exist, but that we must follow our own truth, no matter what. 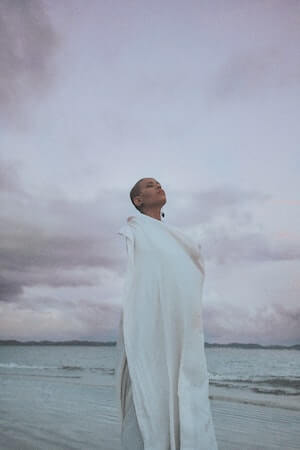 We may not set out on our mission to change something in order to leave a legacy, but rather to battle an injustice we feel unable to bear. The feelings that drive our actions can be so strong that they give our entire life purpose and influence it in a myriad of ways.

People who are advocates for the kind of social change that many others oppose do not do it out of wanting to leave a legacy – or out of ego. But rather that legacy is a common by product of purpose. Think, for example, of Rosa Parks, who refused to sit in the section of the bus allocated to ‘people of colour’.

Also, to Uma it comes naturally to work as a change agent not only when it comes to her own personal situation, but also to ensure that the change remains and can positively affect many. She started the Tsunamika initiative after the tsunami hit the south Indian east coast in 2004.  Tsunamika is still going strong. Over 6 million dolls have travelled to more than 80 countries. And wherever she travels, Tsunamika continues to spread the message of love, hope, and ocean protection.

Uma’s latest project is a first of its kind, a Collective which enables its stakeholders in making craft and clothing to come together on an equitable footing to serve people and nature. It underpins strong human and social values.

If purpose is the river that can’t help flowing,
legacy is the canyon that is created as a result.
Let us celebrate those that blast new trails and make seismic shifts happen.
Let us keep in high regard especially the women who keep at it, crumble of rock after crumble of rock, for others follow as the free-flowing river that they are.
– Claudia Roth

As the now famous Mahatma Gandhi said, “Be the change you wish to see in the world”. Or, as Sharan tells us, “Trust that whisper in your heart”. Even if you have no clue where it will take you or precisely for that reason, I add.

p.s. To receive your regular Soul Snippets to your inbox or join the soulful community send a message HERE.

More About the Author:

It was at the height of Claudia’s high-fly corporate career that she arrived at a turning point. A meeting in the forest of a spiritual community in the south of India presented her with a vague notion that she was about to depart from the highway of business success. Little did she know that her life was to radically change.

Claudia now dedicates her time, wisdom and knowledge to support people who want to live a heart-centred life. In her work, she draws on a lifelong interest in how our energy field is influenced by our thoughts, beliefs, and emotions and how this in turn influences our lives.

Claudia runs a global community which holds space for conversations exploring a future based on a new and deeper understanding of self. Working with individuals as a Quantum Energy Coach, she also facilitates retreats and offers personal change programmes. She is an author of a guided journal Your 28 Days to Self Love and I Am Every Woman, a collection of transformative life stories.

In order to step out of fear, we need to be consciously aware of our own truth and from there we can find a path to a life full of love. END_OF_DOCUMENT_TOKEN_TO_BE_REPLACED

Being able to pause and to look inwards will eventually help transcending the mind chatter to bring forth deep personal transformation. END_OF_DOCUMENT_TOKEN_TO_BE_REPLACED

Our minds chatter can be quite tricky and has a tendency to guide us into the wrong direction. How can we learn to not take it too seriously? END_OF_DOCUMENT_TOKEN_TO_BE_REPLACED