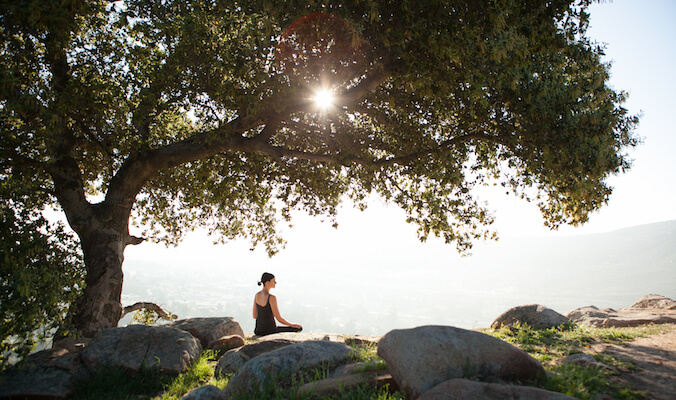 Finally. I was pregnant with my second child at the age of 39. At fifteen weeks doctors told me that due to early contractions I had to be placed on bed rest for the duration of my pregnancy. A mere inconvenience, I reasoned.

I couldn’t be more wrong.

About a week before my due date, I was allowed to finally get up and get back to normal. Only, when I tried to start moving, I felt awful. I couldn’t stand, I felt faint and dizzy, was overcome by nausea and sweating, and my heart rate had started to soar.

“Don’t worry,” I was told by my doctors. “It’s normal to be out of condition. You’ll be fine once the baby is born.” I knew something was terribly wrong.

But I wasn’t. I didn’t have a lot of time to concentrate on these odd and disparate symptoms, because soon after I was taken off bed rest, Blake, my second son was born.

And things did not get better. My symptoms seemed to multiply and I began experiencing migraines, light-headedness, shortness of breath, incontinence, chest pain, debilitating fatigue, gastrointestinal issues, insomnia, ice-cold hands and feet, vomiting, cognitive impairment, and adrenaline rushes, among others.

Worst of all, I was unable to care for my newborn baby, and could not even hold him because I was constantly losing my balance and near fainting. I was petrified of dropping him.

Desperate to find answers, I used every ounce of strength to pull myself out of bed (the only place I could feel safe) to be evaluated by dozens of doctors.

I went to the best medical institutions in New York City, yet not one doctor could provide a definitive diagnosis. I saw neurologists, internists and cardiologists and explanations ranging from post-partum depression to anxiety to “it was in my head”. They offered me counseling and anti-anxiety medication.

With each inconclusive diagnosis, I became more determined to discover what disease or disorder was causing these maddening and debilitating symptoms. Finally, my research led me to a disorder known as POTS, postural orthostatic tachycardia syndrome. POTS is an autonomic nervous system disorder, which falls under the dysautonomia spectrum.

I had never heard of POTS. Could it be that all my doctors had never heard of it either? I continued on my merry-go-round of seeing physicians, only this time I went with the express purpose of asking them to verify my self-diagnosed disorder.

Still, no diagnosis. One psychiatrist even forced me to write “I do not have POTS” ten times, as if I were a child in school enduring a punishment for bad behavior. This is when I knew that I had to find a specialist in the field.

Searching the Internet I discovered a facility in the United States that has a special clinic for POTS patients. In my research, I learned that between one and three million Americans are diagnosed with POTS, which is more common than Multiple Sclerosis, Parkinson’s Disease and ALS combined; yet it is a disorder that the average person (and many doctors) are not familiar with.

Along with my husband we flew to Ohio to see Dr. Blair Grubb, the foremost specialist in this field. He put together a specific protocol for me including adjustments to my medication, increasing my daily salt intake, and most importantly, he prescribed orthostatic cardiovascular exercise.

I had already started swimming (very, very slowly), because I felt comfortable in the water. But how on earth could I engage in cardio exercise when I could barely stand?

“Little by little,” he told me. Each day, I started doing just a little bit more exercise.

Along with the protocol he prescribed, and a diet that was now rich in nutrients and plant based, devoid of gluten, dairy, refined sugar, caffeine and processing, I began to feel a change.

I had been a junk food junkie, gorging on chips and eating frozen, processed dinners, all my life. This new healthful food intake and all the exercise was a total turnaround.

From helpless to helpful

Within 6 months, I lost 25 pounds, and became addicted to my exercise routine.

In the next few years, as I learned more and more about this disorder, I became an activist. I was angry because I had been mis-diagnosed, ridiculed and dismissed. If this happened to me, I knew it had surely happened to others. I learned about the POTS community and that there are hundreds, thousands of people who do not have the resources to get answers. I found out about teenage girls who are bed ridden and missing out on their youth.

So I went on a mission to spread awareness about POTS and dysautonomia. I produced a short documentary film about the disorder, joined the board of Dysautonomia International, embarked upon speaking engagements and began telling my story to media outlets. I produced a fundraising walk where we raised $20,000 for research.

Today, I exercise every single day of the year (including Christmas!), work out with weights 3 times week, walk 5 miles a day, and eat a clean diet. I meditate daily and keep a very positive attitude. Because of my belief in eating nutritionally sound, non-processed foods, I went back to school to become an integrative nutritionist to help others with chronic disease improve their health through food and counseling. My company is called Food That Cares, LLC and I am currently writing a cookbook for people with autonomic nervous system disorders.

I want to help others find modalities to wellness through good food, movement, meditation and embracing joyfulness. And every day, I continue to follow my routines, and remain motivated by the phrase that changed my life: “little by little.”

To give oneself permission to be ones true self is harder than it sounds. But if you manage to do so, the award in simply beautiful. END_OF_DOCUMENT_TOKEN_TO_BE_REPLACED

Taking a look inwards, right into the heart, allows you to get in touch with your feelings and your true self on your journey of self awakening. END_OF_DOCUMENT_TOKEN_TO_BE_REPLACED

In order to step out of fear, we need to be consciously aware of our own truth and from there we can find a path to a life full of love. END_OF_DOCUMENT_TOKEN_TO_BE_REPLACED