The Trouble with Mindfulness 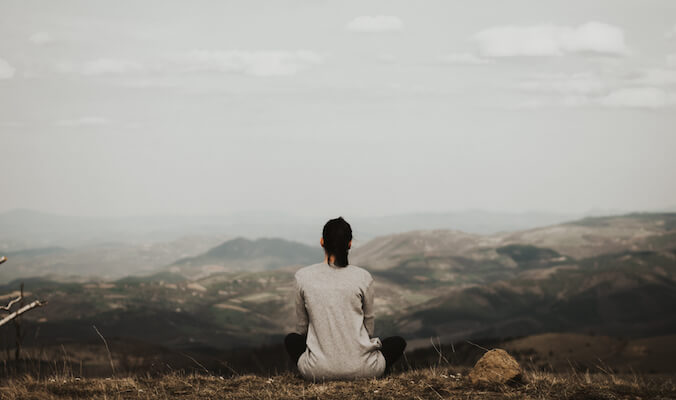 A mindful approach to sports 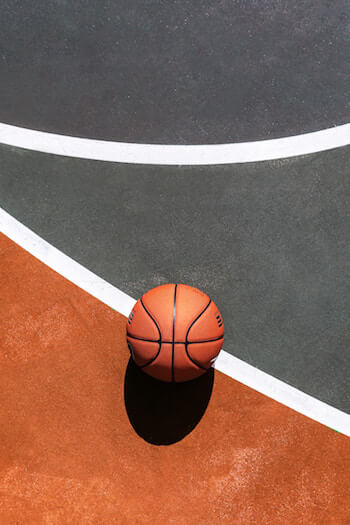 When Kyle Guy sank three consecutive free throws to send the University of Virginia Cavaliers to the NCAA basketball championship game, he was engaged in a state of mindfulness. His task was not to envision the future or ruminate on the past, but to be in the moment. Just to be “where [his] feet are.”

When Tom Brady is facing an opposing defense in the fourth quarter of any number of his come-from-behind wins, his task is similar. He must be in that moment. Nowhere else.

A mindful approach to sports has proven to be a valuable one. Kobe Bryant does it. So does Lebron. Misty May-Treanor and Kerri Walsh regularly trained their minds when preparing for each of their Olympic Gold Medals in beach volleyball.

If an athlete (or student, or any modern human) can keep one’s head and maintain composure – especially when others cannot – they will have gained an incredible advantage.

So what’s the trouble with mindfulness?

Why are so many still averse to the idea of it?

In early outings of the Good Athlete Project, the biggest problem with mindfulness was the term itself. The term has become ubiquitous, and students have preexisting judgments regarding the practice. One student referred to a mindful breathing practice as a “waste of time,” citing that they needed that time to study. At one of our Beyond Strength professional development clinics, a local football coach said that “mindfulness might work for golfers, but not us.”

Some report that the term mindfulness sounds soft.

Due to the westernization (and monetization) of mindfulness interventions, skeptics and pragmatists alike often find it easy to dismiss the practice as fluff, nonsense, or borderline mysticism. Meditation and yoga too often fall into the category of expensive distraction, unless the results of the practice can be proven.

“Prove it,” one student said at a recent intervention. It is not a totally unfair proposition, since this motivated student was asked to slow down and engage with a breathing exercise instead of doing her homework.

If we believe that mindfulness can enhance focus, help students regulate emotions, and improve immune function (among a growing body of research documenting the health benefits of a routine practice), then we should share it far and wide. And if the language surrounding the practice comes with prejudices and barriers, then we should reimagine the language, right? Seems easy enough.

Not. So. Fast. There are challenges with reimagining a mindful practice that come from less-obvious sources. When I was in graduate school, a few of my classmates (and one professor, who shall remain unnamed) vehemently dismissed the idea that mindfulness should ever stray from its roots. They did not like that I selected “The Neuroscience of Mindfulness” as one of my paper topics. They believed that best practice should include sitting on a pillow, with a chime to signal its beginning and end. That is a perfectly legitimate way to practice mindfulness, but not the only way. 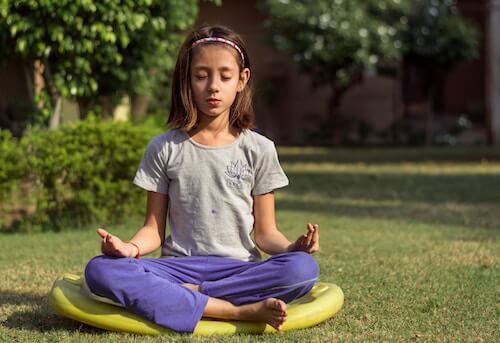 There is nothing wrong with maintaining respect for the tradition. That seems right. But to deny young people access to a beneficial tool because of personal preference seems silly. Negligent, even.

In other words, during our efforts to expand the practice of mindfulness, we have encountered two entrenched camps which must be negotiated: those who do not want to engage due to preexisting skepticism, and those who believe that there are limits to the “right” ways to engage in mindfulness. In either case, it becomes difficult to scale the intervention.

If we can all agree that even the most basic benefits of a mindful practice – like focused attention – are worthwhile, then we should begin to identify how to use it.

So we press on, hoping to identify the minimum viable product (MVP) of mindfulness.

Turns out, it is not much at all. Not much time, that is, though it does take understanding, desire, and self-control.

Ellen Langer, a Harvard Psychologist who literally wrote the book on Mindfulness, believes it can be achieved far easier than some might think. She believes that while meditation and yoga might be helpful for some, they are means to a mindful end, rather than the embodiment of mindfulness.

How does she leave a state of mindlessness and check in to the moment? She actively notices. Langer suggests that simply noticing three new things about a person or an environment – without judgement – is enough to bring one’s attention back in to focus.

And it’s not just a passing thought. Langer’s work has proven, time and time again, that mindfulness impacts our beliefs, our behaviors, even our biology. Her studies have changed the way people think and feel, and even helped them lose weight and improve their blood pressure. 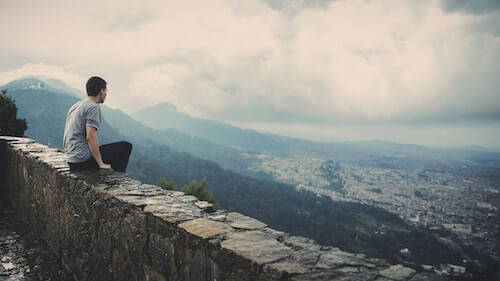 When the game is on the line, that strategy might be exactly what we need.

Begin by recognizing that you are here, right where your feet are. It might actually be that easy.

Being able to pause and to look inwards will eventually help transcending the mind chatter to bring forth deep personal transformation. END_OF_DOCUMENT_TOKEN_TO_BE_REPLACED

Our minds chatter can be quite tricky and has a tendency to guide us into the wrong direction. How can we learn to not take it too seriously? END_OF_DOCUMENT_TOKEN_TO_BE_REPLACED

What does it mean to live your inner truth and steer through difficult phases? Claudia shows us the way by sharing a deeply personal story. END_OF_DOCUMENT_TOKEN_TO_BE_REPLACED