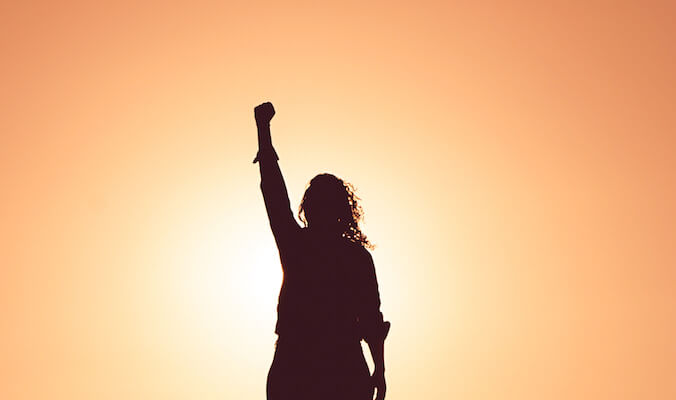 The meaning of ‘Power Play’ can be said to be a kind of manipulation or maneuvering.

Be it in politics, business or diplomacy; Power Play aims to assert a position of power in order to achieve one’s goals.

Power is an interesting word. It holds different meanings and evokes different emotions for different people. To me, during my corporate days, especially the days when I was wearing shoulder pads (what a laugh!), the word power signified status. I ran my life – which pretty much meant my career – with much gusto and precision. Managing ‘the impossible’ again and again made me feel powerful. Almost in spite of myself, I persevered. I so much enjoyed the sense of power that my job title and the accompanying status provided that I nearly burnt out in the process.

Today, thousands of hours later and looking back, what remains is a feeling of heaviness and tiredness. I no longer equate the word power with succeeding over others. Today, instead, it makes me think of inner strength.

Nowadays, what makes me feel powerful is resting in the awareness that ‘I am love’ – the unconditional love of energy and consciousness, all that is.

To dominate or not to dominate – that is the difference

Shelley von Strunckel*, a leading astrologer recently referred to The Aquarian Age – which began roughly in the year 2000 – as being about humanity shifting away from an external, formal, rigid, hierarchical and mainly male power structure, one often misused to dominate others. This new, gradually emerging, awareness recognizes that each individual has the power within to create a life, and a world, that balances internal and external abundance and wellbeing. 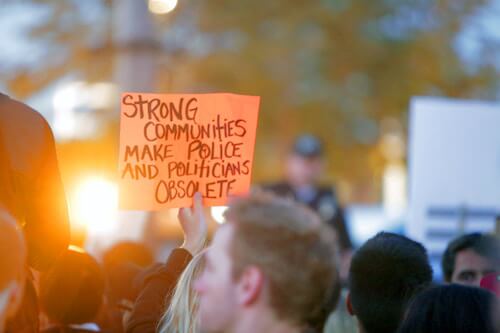 The misuse of power causes pain. We can see the results on the global stage, in the world news. Today, society is in a state of upheaval, the state of politics pushing the limits of credulity. Why such turbulent change? Hard to say. Perhaps we need to simply accept that what never changes is change itself.

Some commenters have seen the recent collapse of the main structure of the Notre Dame due to a fire as a symbol crumbling of the powers that be –  a patriarchal power system intent on keeping the masses distracted so that they do not realize that they hold the real power – the power of spiritual intelligence.

Kristina Ashley resonated with this sentiment in a Facebook post where she wrote: “My overall feeling is that the Sacred Feminine that dwells in the land beneath Notre-Dame is erupting and surging through all that is false and contained”.

There is a growing awareness of what the planet needs – hope for peace, harmony and healing to take over war, competition and destruction.

Others have been swift to point out how quickly nearly a billions dollars was pledged to the Cathedral, whilst after decades of being apparently immune to deforestation, starvation and the growing climate crisis. By contrast, the simultaneous floods in Mozambique that killed thousands of people received little to no press coverage. It can seem hopeless or hopeful, depending on which way you look. To me, just the fact that people are paying attention and pointing this all out means that there is hope.

Remember: You have the Power 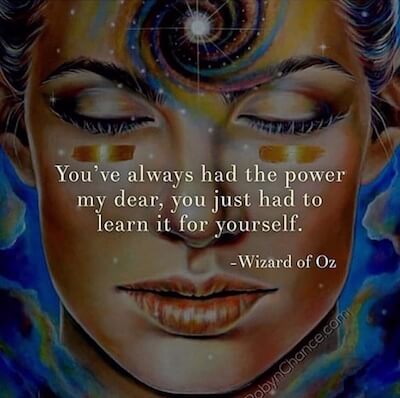 We all underestimate our power as individuals to change the world. Our belief in the limitations of our impact make us feel powerless. Consequently we limit our sphere of action and instead focus on smaller, more narrow actions. We create personal battlefields and operate within them rather than acting toward wider, systemic change. What if, instead of Power Play, we concerned ourselves with sourcing our Playful Power? Instead of positioning ourselves against others, we concerned ourselves with connecting to the life force that runs through us.

When we sense and appreciate our power to transform; that’s when we step into our real power.

So, how to achieve a shift from looking at power as a tool for ‘outer control’ to one which is about being in touch with one’s inner guidance and strength?

Let the power of love be greater than the love of power.

By accepting the worst and integrating the best aspects of our own personality we can access the divine within and create real soul magic for the benefit of humanity.

Dorothy, in ‘The Wizard of Oz’, learns that she actually has within her all that it takes to overcome her challenges. In the end it becomes clear that no Wizard can help, even needs to. Once we believe in our own powers, magic happens.

We are living in tumultuous times, yes. But do keep in mind that whatever your beliefs, it is only by changing yourself that your world will truly change. Only by tapping into your own true power, beyond ego, can you show others the way. Everything else will only bring about the same old story, the same old ego politics and power play.

Food for your Soul is a regular column featuring short articles for moments of reflection – to look at life from a different perspective (should you choose to!). Invest a few minutes and allow your thoughts to ponder. Awareness creates choice.

I will be at the HEALING SUMMIT, May 6/7 in Portugal and will report insights and latest news in the next Soul Snippet on 15th May.

Being able to pause and to look inwards will eventually help transcending the mind chatter to bring forth deep personal transformation. END_OF_DOCUMENT_TOKEN_TO_BE_REPLACED

Our minds chatter can be quite tricky and has a tendency to guide us into the wrong direction. How can we learn to not take it too seriously? END_OF_DOCUMENT_TOKEN_TO_BE_REPLACED

What does it mean to live your inner truth and steer through difficult phases? Claudia shows us the way by sharing a deeply personal story. END_OF_DOCUMENT_TOKEN_TO_BE_REPLACED