When the Door Opens for Change 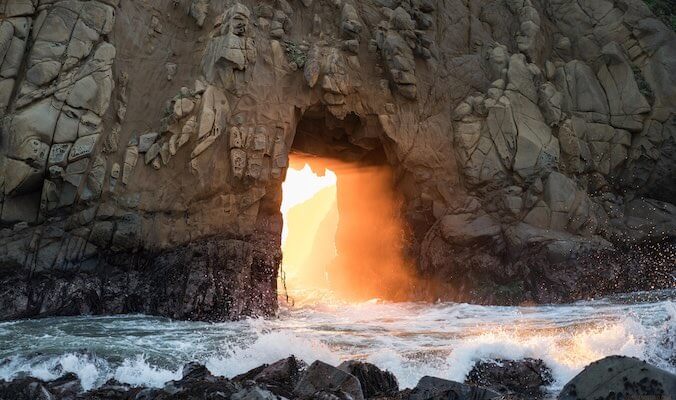 I am re-reading the book Oneness. Channelled by Rasha, this book somewhat mysteriously has a way of changing every time that I revisit it. Or is it perhaps me who is changing and keeps on changing?

To my bewilderment a text that I highlighted three years ago tickles; it describes the current collective reality

”Governments will rise and fall. Economies will crumble. Spiritual super-structures will wither. The power bases on which your world depends will find themselves depleted of resources, and will be forced to release their grasp on the life force of the collective. And the doors will open to a kind of thinking that will serve to empower rather than to suppress the collective will of all people.”
~ Rasha

Hidden in this message is a promise of far-reaching change which makes me sit up straight.

Rasha’s (channelled) statement had resonated already three years earlier. That was long before Covid and what is currently happening in the Ukraine, when the world still appeared to me as a relatively stable place. On the other hand, now in hindsight did I already sense changes within me, the crumbling of who I thought I was, foreboding of something larger looming on the horizon?

Acceptance of Change in Incremental Steps

We always live in the inner landscape. As we move through the world at large we do so looking through our own lens. We see and perceive according to our programming and our constitutional imagination.

If we learn to pay attention to our inner landscape and understand how intricately it is connected with “the outside”, – in essence the life we experience, we may be called to expand our capacity consciously to learn to navigate life and what is presented to us.

As long as we insist on looking at ourselves, and the world, as fixed, we will suffer. If, on the other hand, we pay attention to the tiny shifts in us, we may be able to feel the tremors of the seismic shifts around us, even if they are not here yet but waiting around the corner.

We normally jump, habitually, into actions that try to convert the other person’s belief system. We try, sometimes desperately, to get them to fit into our mould. But could it be that in this friction, this tension between people, something else wants to emerge? Is it challenging us to change instead?

“In short, the greatest gift of relationship proves to be that as the result of encountering each other, we are obliged to grow larger than we had planned.”
~ James Hollis

From the Inner to the Outer

Although it is not an easy task to detail exactly what is going on in the world, I am not alone, these days, in feeling that a crumbling of sorts it most certainly is. The end of the world as we know it has already come. But what is it making space for? Can my inner changes indicate something about the future in the outside world? I wonder.

In conclusion, we are going through a massive global upheaval and change right now, a kind of uprising across the world has bubbled in the collective for some time already.

Lee Harris, an intuitive healer, author and artist in his recent update talks about the power shifts taking place in the outside world, but also about how those affect our internal selves. We may suddenly hear ourselves exclaim, “Enough!”. Anger bursts through boundaries, but only because they have simmered for some time. Something new wants to emerge.

Upheaval in the Outer – Linked to the Inner

Be it in truckers or nurses who have made it through the last two years but have reached a crucial point of exhaustion and overwhelm. Be it because they can no longer cross physical borders or because they feel that they are being coerced to sidestep one of the key pillars of modern medicine, that of informed consent. Something inside of them is telling them that they need to take action to right a wrong.

“Some of us aren’t meant to belong. Some of us have to turn the world upside down and shake the hell out of it until we make our own place in it.”
~ Elizabeth Lowell

But even as we feel the need to do something, it’s not always easy to find the courage. That is when we may see that just as we see our illusions of the outer world shatter, so can our beliefs about ourselves as limited beings.

Lee Harris talks about “past gifts” returning to us, because we are ready. It could be, he explains, the skill to write or speak one’s truth in a way that helps and supports others. Looking at a grander scale, I take comfort in the thought that this may have been going on for some time already.

Many people have already for a long time lived in new enlightened ways, growing, and developing. As if living in the shade of a consumerist society that reveres vacuum filled and vacuum packed celebrities, many have continued to explore alternatives, offering their gifts to the world.

The idea of rekindled past gifts also ties in with the healing of childhood wounds, says Lee. For me, personally, what comes to mind is a recurring dream I used to have when I was a young girl. I can’t exactly say what the gift would be, but perhaps it relates to the ability to cross thresholds, a gift much needed at this point in the evolution of human kind. 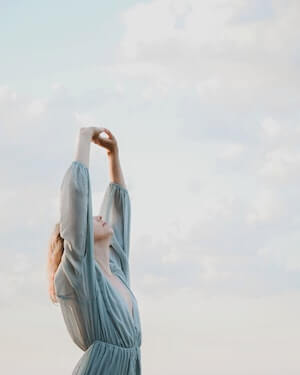 As I read Rasha and reflect on all of the turmoil in the external world, I can see that there is a level of turmoil inside me too. One night I dreamt, again, that childhood dream in which I stand before a closed door. And, somewhat disappointingly, it remains closed. Do I not want to step out of the turmoil? If I am aware that the outer structures are crumbling, why do I still hold on to my own?

Then, one day as I was leaving a meditation circle, I had the distinct feeling of stepping through that very door. Perhaps little things like becoming a qualified Gong master had helped shift my perception. Or maybe it was more subtle as in becoming a Gong master was something that I had long wanted to do but stopped myself from doing – a closed door. Walking through that door represented conquering that which confronted me.

As I opened the door after said circle, I felt tensions, built up during my relentless search for freedom and inner peace, dissipate. I knew that years of wading through ignorance and false beliefs had come to an end, and that what was greeting me on the other side of the door had been waiting for me all along.

“It’s perfectly possible to wake up one morning or walk through a door and discover, between inhaling and exhaling, that the self one has sewn together with such effort is all dirty rags, is unusable, is gone … and out of what raw material will one build a self again?”
~ James Baldwin

What if I let go of my struggles and surrender?

What if I don’t pick up those habits – feeling the need to struggle, one way or another – again?

Can I live in surrender?

All Along the Only Thing Stopping me was my Mind

Nothing but my mind ever kept me from opening that door. Still failing to see what the door represented, more practically speaking, I can only conclude that I felt safe where I was. Only in hindsight could I see that the corporate life had always, in a sense, been grating, an overcoming of hardship, being triumphant, a winner. And yet it was my safe space.

Now, if I consider the possibility that we, humanity, are standing in front of a closed door that we can choose to open, I wonder: do we need to suffer more, or are we ready for action, – Divine action? Perhaps it is the thought of the magnificence that may await us that freezes us, renders us unable to move. And yet, I hope that we all, as individuals, will find the strength to cross the threshold and leave our useless burdens behind.

‘The privilege of a lifetime is to become who you truly are.’
~ C.G. Jung

What burdens did I leave behind as I stepped through that door?

In the frantic search for answers, I almost lost myself. Countless spiritual tools and practices all suddenly seemed insignificant in the presence of a mere moment of grace. Ever so gently and unexpectedly, I opened the door; and the door opened.

With an immense sense of peace and freedom, I thank all my suffering. After all, it propelled me onwards, made me prepare to take the step. When there is something that we can no longer bear, we may consider what awaits us on the other side. Could it be that it is suffering that propels us on? That it has a divine purpose? I believe so, yes, but I also believe in grace, and that we never know when it will be bestowed upon us.

Take one step at a time!

Ps. Would you like to receive our monthly Soul Snippet straight to your inbox? Send me a message HERE

I am Claudia founder of Soul Luxury. I work with people who want to make changes in their lives. Since my twenties I have had an interest in personal development. At the same time my career took me to the top of my industry. While pursuing material success little did I know that I was neglecting myself.

Fast forward 3 decades: I combine my business experience as a global executive in luxury hospitality with a lifelong interest in how our thoughts, beliefs and emotions impact our lives. Life is ever changing and so am I.

✨ I am an Explorer of Life, Quantum Energy Coach, Spiritual Mentor & Author and a Retreat Facilitator ✨ I love playing my Gong and my shamanic drum.

To give oneself permission to be ones true self is harder than it sounds. But if you manage to do so, the award in simply beautiful. END_OF_DOCUMENT_TOKEN_TO_BE_REPLACED

Taking a look inwards, right into the heart, allows you to get in touch with your feelings and your true self on your journey of self awakening. END_OF_DOCUMENT_TOKEN_TO_BE_REPLACED

In order to step out of fear, we need to be consciously aware of our own truth and from there we can find a path to a life full of love. END_OF_DOCUMENT_TOKEN_TO_BE_REPLACED