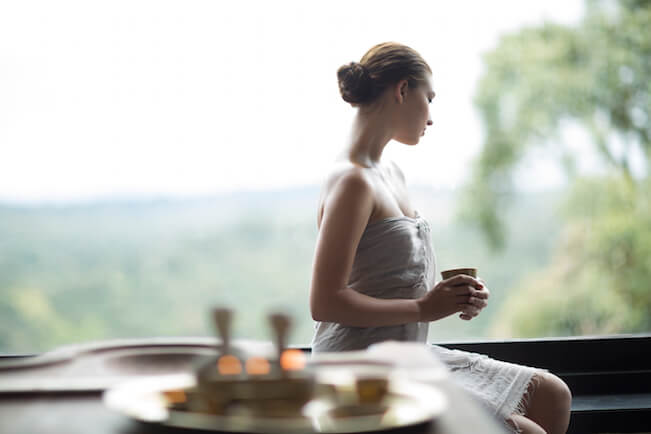 Ever thought twice about crossing the street or trusting a new neighbor or colleague? Or maybe, have you had the sense that something unusual was about to happen? Perhaps, you have read of people who chose not to get on a plane that eventually crashed, because they had a ‘bad feeling’.

Or, have you uttered the words, “I’ve had a gut full!”  Well, chances are, your belly was trying to tell you something that your brain upstairs could not put into words.

Our digestive system is an intricate cellular matrix of delicately integrated components, recently well documented as the ‘second brain’. It is home to over one hundred million neurons, many more than our spiny backbones. It can provide practitioners with an enormous amount of information regarding a person’s overall health, energy and their emotional responses.

Naturopathically, we first learn how to ‘fix the gut’. Nutritionally, we know that excess junk food makes us feel lousy, and that comfort food cheers us up. But with the right approach, healthy food can actually provide us with an abundance of vitality and energy.

The role of the ENS is to regulate the normal digestive activity of the digestive system and prepare it for whatever its future may hold.

Butterflies, nerves and nausea, even a woman’s intuition, may be a subliminal function of the Enteric Nervous System (ENS). However, the clinical diagnosis of Irritable Bowel Syndrome has recently served as a banner band-aid for a belly full of discomforting symptoms, stress-related illnesses, and worse, disease.

Like it’s spiny cousin the Central Nervous System, your Enteric Nervous System is a thriving population of healthy Intestinal Flower Power that loves to transmit and process messages from those diverse and unique bubbling hotspots: cells and circuits, neurons and neurotransmitters.

The stress phenomenon is not specific; it is an all-encompassing umbrella complex that reaches out to every demographic on the planet; it may be triggered by an emotional, environmental or physical response to a wide variety of stimuli. However, stress is also an energetic force that can be turned into a positive, powerful motivational tool when channeled appropriately. It is imperative to remember that stress is predominantly our emotional reaction to a difficult situation; that may manifest in the physical body as a sign or symptom of poor health.

Had a Gut Full?

How stress depletes the body of its vital resources is a complex and intricate process. Typically, the neural-transit and hormonal highways are tested to their limits, as they react with their ‘fight of flight’ responses.  The bulk of the energy used up in this comes from the adrenal glands, which nestle snugly upon each kidney, and produce the adrenaline hormone.  A constant stress reaction will ultimately see a decline in the amount of readily available adrenaline, thus resulting in energy burn out.

In Traditional Chinese Medicine, this may be diagnosed as ‘Deficient Kidney Yang’. In the West, it earns the unfair nickname of ‘yuppie flu’, or Chronic Fatigue Syndrome, but it is anything but a seasonal virus. Unlike flu symptoms that go away in a few days or weeks, CFS symptoms can hang on, or come and go frequently for more than six months, if not years. You might bear this in mind the next time you reach for your next cup of coffee and accompanying cigarette to manage that deadline… the worst-case scenario may result in you being the dead line!

IBS is one of the most common intestinal disorders, and differs from IBD (Inflammatory Bowel Disease); there are neither lesions nor inflammation in IBS. It is a functional disorder of motility that has an unknown cause. However, psychosocial factors (50%) such as anxiety, depression, neurosis and panic attacks may contribute to altered bowel motility.

Prolonged duration of rapid jejunal contraction waves and an increased gastrointestinal transit time due to diarrhea may also contribute to IBS, as would constipation due to a decrease of propagated colonic contraction waves.

Gluten sensitivity or intolerance to products containing lactose may stimulate a spasmodic reaction in the bowel, whereas intestinal distension due to ballooning of the ileum, colon and rectum may be causative factors.

A diet rich in fibre and fresh fruit and vegetables is highly recommended. Fresh, whole and lubricating foods should be encouraged so as to prevent irritation of the bowel.

Oats are prized for their high levels of magnesium, the anti-stress mineral, and their slow releasing, carbohydrate qualities that provide the body with energy throughout the day.

Carrot, beetroot and cucumber juice is a highly alkalizing blend that enhances nervous function, while also supporting the kidneys by clearing excess acidity that is typically associated with increased stress levels.

Mung Beans, according to Traditional Chinese Medicine, has healing properties that are highly detoxifying and cleansing.  The Chinese revere them even more for their medicinal prowess than their culinary capacity, especially in decreasing the levels of triglycerides from the blood. Mung beans provide support for the body’s cardiovascular system and reduce overall toxicity.

EFA’s  Essential Fatty Acids, most importantly, Omega 3, are found in oily fish such as: tuna, salmon, sardines, and flax seeds.

Pecan Nuts provide an abundance of organic pyridoxine (Vitamin B6); it is essential for the pathways to serotonin release and nervous system health. Eat 10-15 Pecan nuts each day.

Lecithin is a fundamental building block of brain and nerve tissue.

Wheatgrass possesses highly concentrated enzymes such as super oxide dismutase (SOD), a powerful anti-aging antioxidant that can slowdown the effects of potentially carcinogenic molecules and help to neutralize free radical exposure on the cells.

Taking a look inwards, right into the heart, allows you to get in touch with your feelings and your true self on your journey of self awakening. END_OF_DOCUMENT_TOKEN_TO_BE_REPLACED

In order to step out of fear, we need to be consciously aware of our own truth and from there we can find a path to a life full of love. END_OF_DOCUMENT_TOKEN_TO_BE_REPLACED

Being able to pause and to look inwards will eventually help transcending the mind chatter to bring forth deep personal transformation. END_OF_DOCUMENT_TOKEN_TO_BE_REPLACED