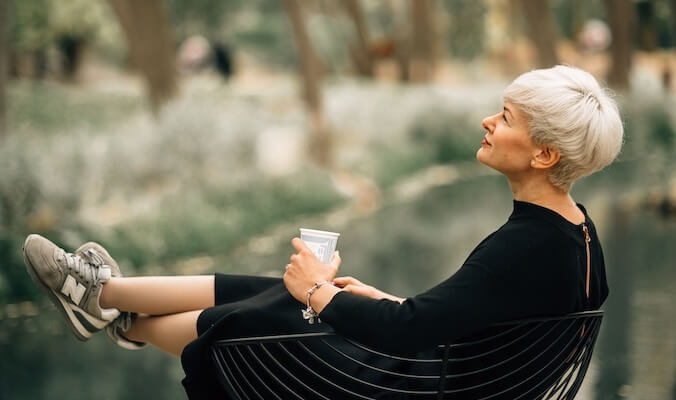 Human beings have always found a way to unwind. As long as history has been recorded we can track the search for happiness and health, being in most cases the major motives of life. Earlier Socratic and Greek philosopher, Thales, posed the question in the 5th century BCE,  “what man is happy?” and he goes on with the answer: “he who has a healthy body, a resourceful mind and a docile nature”, meaning that since ancient times the better we take care of our “internal condition” the more we achieve a happy and fulfilled life. Thales’s quote has also inspired the 2nd-century Roman philosopher, Juvenal, who wrote: “mens sana in corpore sano”, which became famously used in the sports world as an inspiration for strength. Juvenal went further by saying that we should pray for that, as by having a healthy mind and body one should find contentment.

It seems that the focus on the mind, our inherent nature, and virtues, have always been the key point in those ancient texts, they stood for mental health awareness and we see it more alive than ever today, in a post-pandemic world, with numerous government and private campaigns raising attention to the mental concerns. It isn’t by chance!

The human mind is the centrepiece in the evolution chain and as history shows, it has been studied since immemorial times.

The evolution of wellness

The modern concept of “wellness” has a direct relation to mental health, usually pictured by therapies to relax, restore and reconnect with our nature – mind, body and soul. Self-care rituals are probably one of the oldest ways of doing that, by taking care of our bodies and general health we are ultimately reconnecting with ourselves. Beauty rituals also play an important role in the wellness field, inspired by the ageless Egyptian queen, Cleopatra, who is believed to use herbal and essential oils to keep her flawless appearance. Nevertheless, she was an icon of her time and as a state ruler, probably needed some “me-time”. 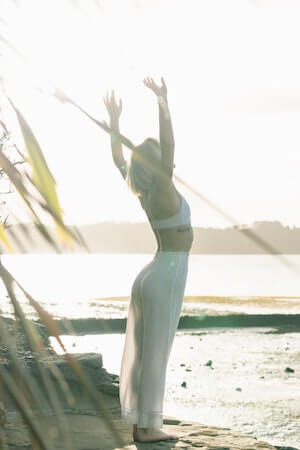 From rituals of self-care to pampering moments and tech health devices, the wellness industry has evolved and it is now more than ready to show its value as an accurate field with various systems of health and wellbeing interconnecting body, energy, emotions, mind and above. But most importantly, it’s waking up to mental and emotional health with its proven programs by applying healing techniques, meditation, the power of nature and self-enquiry.

Even an entry-level “aromatherapy massage”, when skillfully practised with intention, can bring a moment of restfulness and relaxation but the effects on the other layers of the body go way beyond, with its lymphatic system activated, meridian energy points awaken and emotions released. The human touch is something special, the unseen vibration field is there, and it can be a “game changer” for the patient.

The use of water has played a significant role in the well-being since the inception of Roman baths throughout their empire which stretched Europe, Northern Africa, and Western Asia in 1CE. Water in its simplicity is the main constituent of the human body, making it very compatible with various therapies. In many places around the world, it is possible to experience the healing effects of a hot spring, which has a high concentration of minerals such as sulfur and silica that is meant to detox, soothe skin conditions and heal headaches, plus the whole beneficial mental activity when immersed in hot water and nature.

The practices mentioned above are examples of traditional therapies that have been used for centuries, alongside traditional medicine they have been revived with the help of the internet, mechanisation and applied sciences. Science is taking over the wellness industry by bridging nature and technology. Nowadays precise diagnosis, bespoke treatments, and measurable results are at the forefront of the industry. 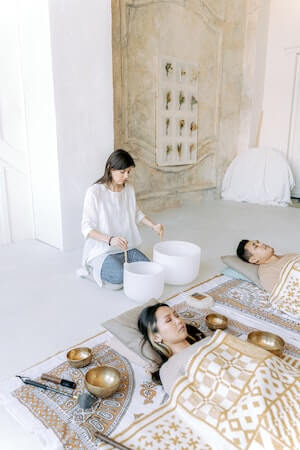 Intuitive modalities and diagnoses such as energy and sound healing are also among the traditional practices brought to the mainstream, what before was only accessible within local communities or at a very high cost is now becoming more common, which adds up when it comes to personalisation. We can expect a more skilled workforce, customised programmes and holistic journeys as a way forward.

Being holistic means not only looking for the apparent cause of the issue but at the whole aspect of being. Sometimes a trauma lived during childhood is the reason for some anxious thoughts at work, what seems not to have a direct relation can be the root cause of some adulthood fears. Holistic therapies include those that gather more information about the individual via forms and private consultations so that the treatment can be tailored and the results more driven. And with any bespoke “item” it comes with a bigger cost, which can be a real challenge to the industry to make “wellness” more accessible.

Whatever well-being treatment a person is undertaking the probability that the concern originated at the mental level is high, as learned from the ancient Greeks and Romans. This can be a huge turning point when taken into consideration and applied through therapies that have in their core a mind-emotion axe; it can bring a better outcome in someone’s life.

To give oneself permission to be ones true self is harder than it sounds. But if you manage to do so, the award in simply beautiful. END_OF_DOCUMENT_TOKEN_TO_BE_REPLACED

Taking a look inwards, right into the heart, allows you to get in touch with your feelings and your true self on your journey of self awakening. END_OF_DOCUMENT_TOKEN_TO_BE_REPLACED

In order to step out of fear, we need to be consciously aware of our own truth and from there we can find a path to a life full of love. END_OF_DOCUMENT_TOKEN_TO_BE_REPLACED